ISLAMABAD: Pakistan Tehreek-e-Insaf Chairman Imran Khan on Thursday condemned the attacks on the Geo News offices and assured that if any of his workers was found involved in this criminal act, he would expel him from the party.

“I ask my party workers to show regard for all media workers, including those of Geo News, because my party believes in the freedom of expression. I would like to evolve a mechanism to stop the attacks on media workers during the coverage of sit-ins,” he said during a meeting with a three-member delegation of media persons headed by President Pakistan Federal Union of Journalists (PFUJ) Afzal Butt.

Imran Khan said they would set up a separate desk at the D-Chowk and form a special committee that would provide full protection to media workers.

Since the start of the two sit-ins, the Geo staff has come under attack a number of times. A woman reporter, Farhat Javed, covering the Dharna was attacked with empty bottles and other staff was also harassed.

The mike of a Geo reporter was snatched and other staff members were also intimidated. Repeated attacks on Geo News clearly show that the anti-government demonstrators are intolerant of media’s role in reporting these events and are resorting to unjustifiable undemocratic acts.

Imran Khan also asked why the police were not protecting the Geo News premises as more than 30,000 cops had been deployed in the capital to maintain law and order.

“I think someone else is involved in attacks on Geo News to defame the PTI in the eyes of the public.”

The PTI chief said he would visit the NPC and show solidarity with the media workers because he strongly believed that a strong media could guarantee a strong Pakistan.

No killer of journalists punished in last five years: report 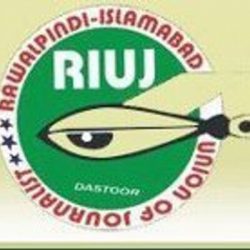