Pakistan Press Foundation (PPF) condemns the violent attack on the central office of the Geo and Jang media group in the metropolitan city of Karachi.  We are concerned that a group of protestors was able to vandalize property and manhandle staff of Pakistan’s largest media house without any action from the police  It also further adds to the environment of fear that the media in Pakistan are operating under.  We urge the appropriate law enforcement authorities to hold those behind the attack accountable for their actions.

On February 21, the offices for the media group were attacked by protestors.  According to Geo News, the group managed to break a walkthrough gate at the entrance as well as the main entrance of the building. The report added that staff were “attacked and violently pushed around.”

Karachi Bureau Chief for Geo News Faheem Siddiqui was quoted to have said that the building was attacked by protestors “under an elaborate plot.” He added that while protests were called in advance, no law enforcement officers were present at the time of the protest and neither was any action taken when they attacked the media house.

Managing Director of Geo News Azhar Abbas condemned the attack.  He said that the building’s reception area was vandalized, and a cameraman and staff had been beaten.  “Where is the Govt?” he questioned.

In a subsequent tweet, Abbas said: “Everyone has [a] right to peaceful protest.  We will protect and support that right.  But doing violence and taking the law into their own hands, regardless of the cause, cannot be tolerated.  Dialogue is answer to all issues — not violence.”

The protests were called in response to a video clip from a show by anchor Irshad Bhatti on the network that was seen to be offensive for mocking Sindhis — the majority ethnic group residing in the province of Sindh.  Bhatti has since issued a clarification with regards to the video.

According to Geo News, Siddiqui said that an edited version of the video had gone viral on social media, adding: “What you see on social media is not how it was said on the show.”

The attack on the media house was condemned by journalists’ groups and politicians alike.  Members of both the provincial Sindh government and the federal government condemned the attacks.

Since the attack, a criminal complaint (First Information Report) has been registered and 13 people have been arrested in connection with the events of Sunday, Geo News reported.

PPF urges the government to ensure such violence against the media is not permitted within the province.  We also urge the federal government to monitor and ensure such attacks do not take place.  While citizens have a right to peaceful protest and to object to content broadcast by a media outlet, they do not have the right to attack property or to manhandle staff.  It is concerning to see that such a violent protest was able to take place without intervention by the law enforcement agencies.  We urge the authorities to follow up on the case and ensure that such events are not permitted in the future.  A safe environment where the media is not fearful of constant threats, abuse or in this case, physical attacks, are integral to the functioning of a free press.  Ensuring that they do not take place with impunity is the responsibility of the State. 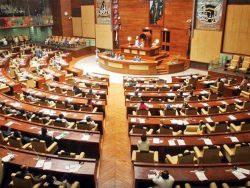 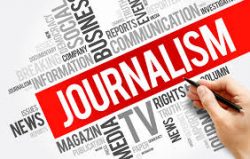