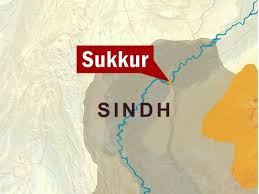 KARACHI: Journalists and electronic media men will stage a rally in Sukkur on Saturday to express solidarity with Geo TV and demand the government to provide protection to journalists.

This was stated by PFUJ Secretary General while speaking at the Jamhoor Camp on Thursday.He warned the Tehreek-e-Insaf (PTI) Chairman Imran Khan if any further attacks were made on Geo TV and media houses by his workers, the journalists would stage a demonstration in front of Imran Khan’s house in Islamabad.

Faran said Khan would be asked that he should provide the names of journalists who were involved in taking bribes.He strongly condemned the continued closure of Geo TV at some places despite the court orders and Pemra directives.Faran said all the conspiracies being hatched against the journalists’ community would be foiled. He said the Jamhoor Camp would continue and today was its 16th day.