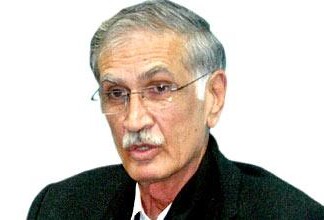 PESHAWAR: Khyber Pakhtunkhwa Chief Minister Pervez Khattak has directed the information department to finalize the draft of the proposed. Access to Information Bill as soon as possible so that it could be approved from the competent forum and enforced without further delay to ensure transparency in the government departments.

He has also directed the concerned quarters to take practical steps to effectively highlight the progress on the reform agenda of the provincial government through media, and to develop a close liaison between the government and the media.

He issued these directives while chairing a meeting of the authorities of information department at his office. The meeting discussed matters related to the proposed Access to Information Bill, distribution system, of government advertisement, establishment of the proposed TV Channel of the provincial government, the projection of the activities of government departments regarding the reform agenda through electronic and print media and strengthening the information department on modern lines.

Pervez Khattak said that the present provincial government fully believed in the freedom of expression and freedom of media. He directed the concerned authorities to devise a mechanism for the use of the funds allocated for the welfare of journalist community under the Journalist Endowment Fund.

The chief minister said that the provincial government was working on such legislation under which government department would be bound to resolve the problems of people well in time and to give them access to information regarding their activities. He also directed the concerned authorities to develop a mechanism to pay the advertisement bills of newspapers soon after advertisement is published.