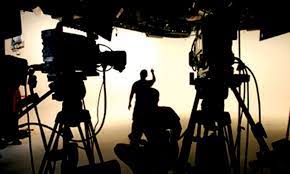 PESHAWAR: The proscribed Tehreek-i-Taliban Pakistan (TTP) has issued a stark warning to national me­dia and journalists, asking them to refrain from calling them a “terrorist outfit” or they will be treated as enemies.

In a statement apparently released by the TTP on social media on Monday, its spokesman Mohammad Khurasani reportedly said they were monitoring the media coverage, branding the TTP with hateful titles, like “terrorists and extremists”.

“Using such terms for TTP showed a partisan role of media and journalists,” it said, adding this is a stigma on the profession of journalism.

Pakistani media had started referring to the TTP as a terrorist outfit since it began to target civilians in a series of attacks, and was banned by the government. The TTP, a group of various militant outfits, was formed in 2007 and the federal government declared it a proscribed organization in August 2008. Baitullah Mehsud was the first chief of the TTP who was killed in a US drone attack in 2009.

The government also banned other offshoots of the TTP and stopped media from what it called “glorification of militants” through the much-publicized National Action Plan in 2014.

Khurasani reportedly said the media used such obnoxious terms for the TTP at the behest of one party, which had selected it for its rivals. Therefore, the media should call them with the name of Tehreek-i-Taliban Pakistan. Otherwise, the media would do professional dishonesty and would create enemies for itself, the statement added.

Several Pakistani journalists have been assassinated, wounded and kidnapped in the war against terrorism across the country, particularly in the erstwhile Fata and Khyber Pakhtunkhwa province.

Around 30 journalists had been killed in militancy and acts of targeted killing in Fata and KP alone. In some cases, the family members of media persons were either killed or threatened to leave their native areas. It’s not clear whether they, or some of them, were killed by the militants, as almost all of the perpetrators were never brought to justice.