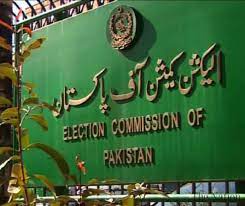 ISLAMABAD: Election Commission of Pakistan (ECP) on Monday issued code of conduct for all media representatives covering the Cantonment Boards Elections to follow in letter and spirit.

In its 12-point code of conduct, the ECP has maintained that radio, television channels or print media will not be allowed to broadcast or publish anything that could adversely affect public opinion against a particular party or candidate.

The election authority has asked media organizations to refrain from disseminating information about a party or a candidate, which is not supported by cogent evidence, and to take great care in ascertaining veracity of any news related to a candidate before it gets telecast.

The print and electronic media will only be allowed to telecast or publish election results once they have been issued by the respective presiding officers, returning officers or the ECP.

Similarly, media has been urged to provide balanced coverage to all parties running for the polls during their election campaign, and to avoid indulging in making remarks about personal life of any candidate.

According to the code of conduct, representatives of print and electronic media will have to obtain accreditation cards from the ECP if they want to observe election process inside the polling stations.

If a candidate makes allegations against another candidate, media should try to seek comments from both sides before broadcasting or publishing such allegations, the code adds.

“Wild allegations and statements which may harm national solidarity or may create law and order shall be strictly avoided.” The print and electronic media shall not use language in reporting events which may incite violence on any grounds, including race, sex, language and religion” reads the code of conduct.

Meanwhile, Pemra has been asked to monitor the coverage given to parties through public and private radio and TV channels. The regulatory authority will now be required as per the code to obtain transmission certificates, details of payments made by the candidates or parties for campaign.

Pemra will forward these details to ECP and ensure the compliance of code of conduct by all media organizations.