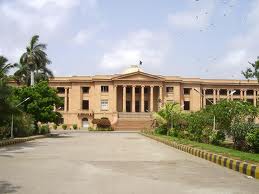 ISLAMABAD: The Supreme Court on Wednesday sought a detailed report from the advocates general of the four provinces regarding the registration of cases against Geo network, and adjourned the hearing till June 25.

A three-member bench headed by Justice Jawwad S Khawaja heard the petition filed by the Geo network in which it prayed for the consolidation of all the First Information Reports (FIRs) registered against the media group throughout the country. The lawyer of the Geo Network, Akram Sheikh pleaded before the court that more than 45 FIRs were registered against his client across the country and requested the court to combine them all. The apex court directed the advocates general of the four provinces to submit a detailed report in this regard.

Meanwhile, the Supreme Court has constituted a five-member larger bench headed by Justice Nasirul Mulk and comprising of justices Jawwad S Khawaja, Anwar Zaheer Jamali, Ejaz Afzal and Gulzar Ahmed for the hearing of the federal government’s appeal against the removal of former dictator Pervez Musharraf’s name from the Exit Control List (ECL) and maintain a travel ban on him. Chief Justice of Pakistan Tassudaq Hussain Jillani constituted a five-member larger bench to hear the appeal of the federal government against the verdict of the Sindh High Court (SHC) on June 23.