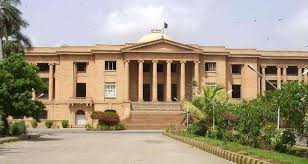 The Sindh High Court (SHC) has directed the Pakistan Telecommunication Authority (PTA) chairman to take measures to provide assistance to the law enforcement agencies in tracking down culprits in cybercrime cases.

The direction came on the plea of a woman who had approached the SHC against the alleged inaction of the Federal Investigation Agency (FIA) regarding the arrest of the culprit who uploaded her pictures on a social media website.

She submitted that the respondent had been continuously harassing her by making her fake IDs on social networking websites but the FIA did not take any action against him because of his influence.

The FIA investigation officer informed the SHC that cybercrime could be easily unearthed through internet protocol (IP) addresses if they are not provided by cellular companies. He said the cellular companies usually provide one IP address to thousands of their users and so it becomes difficult to trace the culprit among thousands of people.

The FIA officer added that as many as 200 cellular numbers were shared with the petitioner so that she could assist the agency in tracing the culprit.

An assistant advocate general suggested that the PTA be directed to provide full assistance to the FIA with regard to such difficulties and the interior ministry be asked to chalk out a mechanism to find out perpetrators committing crime through internet.

An SHC’s single bench comprising Justice Salahuddin Panhwar observed that harassing a woman by uploading defamatory material was a serious crime as it not only directly harmed the woman but all of her family. The court observed that there must be a complete mechanism to unearth the culprit and ensure immediate removal or blocking of such material.

The SHC further observed that the argument of the investigation officer was correct that cybercrime cases were difficult to investigate without proper control and access to IP addresses.

The court remarked that cellular companies may have certain privileges in issuing one protocol to a number of persons but there must be some mechanism through which its users could be traced without any hindrance.

The court directed the PTA chairman to coordinate with the relevant institutions and take all possible measures to help form a mechanism that could easily trace suspects in cybercrime cases. The PTA chairman was also directed to submit a detailed report in this regard on November 16.

The SHC also directed the private cellular company concerned to cooperate with the investigation officer and provide complete details of its users who were involved in such kind of offences. In the meantime, the court directed the investigation officer to remove the objectionable material against the petitioner from social media websites forthwith.