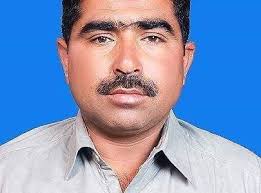 According to a report, drug peddlers last year on 26th May had murdered Zulfiqar Mandrani, reporter of a Sindhi newspaper, in Dodapur, after getting him off from a car and locking him in a house.

He was tortured and fired in the head. FIR was registered after 30 hours of the incident on the application of his father Rahim Jan Mandrani at Dodapur police station against main accused Imam Shah, Ghulam Ali Dayo, Akbar Dayo, Riyaz Dayo and Nazir Dayo after which accused obtained interim bail from a Larkana court which was rejected by a Jacobabad court on 9th June 2020.

The court also directed the police to arrest the accused and all six accused were arrested and sent to jail. The accused also applied for bail at Model Court, Jacobabad, but it was also rejected by the court after which main accused Imam Shah and Ghulam Ali Dayo who is a cop filed a bail application in SHC Larkana which also was rejected today.