I am not painting a doomsday scenario but all these are extreme weather events that have taken place in various parts of the world including Pakistan in 2015.

These are not exceptional catastrophes but have been continuous in their pattern. According to the Climate Risk Index 2015 prepared by German watch between 1994 and 2013, more than 530,000 people have died worldwide and losses worth $2.17 trillion (purchasing power parity) were inflicted as a direct result of over 15,000 extreme weather events.

With rising population already feeding on scarce resources, the climate change time bomb is ticking for the country. Temperatures in northern Pakistan have already been estimated to have increased by 1.9 degrees centigrade in the past century and resultantly, glacial cover in Pakistan is on the decline.

The latter is pivotal to feeding water to the Indus which through its tributaries irrigates the rest of the country. Year after year Pakistan faces huge economic costs in terms of damage to property and infrastructure, agricultural productivity losses and rebuilding and rehabilitation costs of those afflicted by environmental disasters.

The issue of environmental protection is critical and was first recognised as a problem of pertinent importance when the first World Climate Conference was held in 1979. More recently, it has been regarded as an issue of grave concern and became the subject of the recent 21st Conference of the Parties to the United Nations Framework Convention on Climate Change from November 30 to December 11, 2015.

Policymakers of more than 190 countries in the world attended the conference and have pressed for the rise in global temperatures to remain below two degrees centigrade. This goal is imperative since it signifies the highest possible rise in global temperatures from pre-industrial levels that the world can afford to achieve a 50 percent chance of avoiding the worst effects of climate change.

Global temperatures have consistently risen due to production of greenhouse gases. According to World Bank data on CO2 emissions, from 2011-15 United States and China have remained as the top producers of carbon emissions standing at 5.3 million and 9 million tons respectively.

Pakistan has produced 0.2 million metric tons. Although Pakistan has been a low producer of greenhouse gases, yet it has been one of the worst affected countries due to global warming. Even after having been consistently affected by climate exigencies year after year, its response to solve the issue has remained lacklustre.

Unfortunately, we have not even crossed the first step; immediate recognition of climate risk and environmental protection as an issue of critical concern remains absent from the policy landscape.

Promoting solar power, improving energy efficiency and adding to forest cover are some of the steps that can be taken by Pakistan to protect its environment.

In this context, the Khyber-Pakhtunkhwa government’s Billion Tree Tsunami programme should be applauded as an effort toward to protect forest cover and should motivate other provincial governments to take concerted efforts in protecting their forests.

However, even this measure has become a victim of political bargaining and received no mention from our premier at the recent climate change conference.

The first step towards reducing carbon emissions and protecting the shared global environment should come from industrialised nations which are large producers of greenhouse gases. Sizable investments are required to significantly reduce emissions particularly in sectors that emit large magnitude greenhouse gases.

In this regard several countries, multilateral development banks and multilateral climate funds have pledged hefty amounts of money for climate financing. There are serious economic and environmental consequences if we fail to reduce carbon emissions quickly. 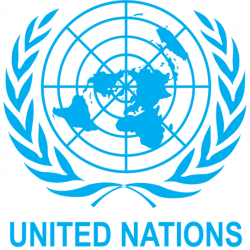