LAHORE: The UN has taken notice of harassment of journalists and praised the judiciary for dismissing meritless charges against them.

A statement from the UN says: “We are seriously concerned that the number of complaints received illustrate an alarming pattern of using the legal system to harass, intimidate, threaten and retaliate against journalists and human rights defenders.”

Earlier, the Human Rights Commission of Pakistan (HRCP) brought to the attention of the UN a series of meritless charges against a number of independent journalists and human rights defenders, which appears to show an alarming pattern of restrictions to the right to freedom of expression of journalists in Pakistan.

“A list of complaints includes cases which the courts have dismissed as well as those in which prosecution or investigation is ongoing and some in which journalists were questioned or threatened but not prosecuted,” the HRCP tweeted.

The Institute of Research, Advocacy and Development (IRADA) offers journalists free legal help if they need one. The IRADA’s Annual Media Legal Review 2019 noted that the government onslaught on civil liberties and freedom of expression had started employing a liberal administrative overreach. Cybercrime law, i.e. the Prevention of Electronic Crimes Act (PECA) 2016), was repeatedly invoked against journalists and opinion makers for exercising freedom of expression and social media activism. This started with registration of an FIR against Rizwanur Rehman Razi in February 2019 under Section 11 (hate speech) and Section 20 (offences against dignity of a natural person) of the PECA along with several provisions of Pakistan Penal Code.

The same pattern was followed against Shahzeb Jilani in April 2019 when an FIR was registered against him under Sections 10-A (cyber terrorism), 11 (hate speech) and 20 (offences against dignity of a natural person) of the PECA.

The IRADA noted that in 2020, a large number of journalists and social media activists became target of the draconian PECA law. More than 13 incidents of action under the PECA against journalists or human rights activists have been reported during the year. (Ten of these incidents have been mentioned in a letter written by the Special Rapporteur on the Promotion and Protection of the Right to Freedom of Opinion and Expression.

According to the IRADA’s Legal Aid Cell, the Federal Investigation Agency (FIA) either initiated inquires or issued notices to journalists and online information practitioners or cases were registered against them under the cybercrime law. At least two of them were arrested as well for their allegedly unlawful online activities. It is also noteworthy that in September 2020, the FIA reportedly booked 49 prominent journalists and social media activists under the cybercrime law.

Nevertheless, after intervention by the Journalists Defence Committee (JDC) of the Pakistan Bar Council (PBC) through challenging these actions of the authorities in the court of law, the Islamabad High Court (IHC) reprimanded the FIA due to its misuse of authority. The court also directed the FIA to formulate guidelines for the investigating officers, keeping in view the principle of constitutional guarantees of freedom of expression and right to information. 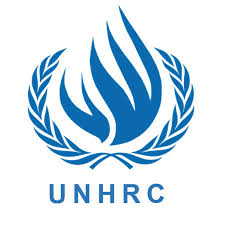 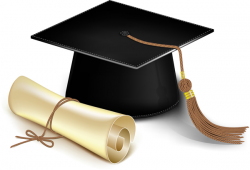