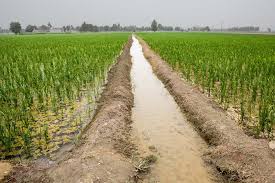 ISLAMABAD: More water reservoirs are needed to bring green revolution in the country especially when the phenomena of climate change is gradually affecting the overall environment of Pakistan ranging from weather to irrigation as well as every day human life.

The only way forward to thwart looming water scarcity in the country can be carved out by having new reservoirs with ample storage for power generation, irrigation and other purposes.

Provision and availability of water is the inalienable right of every citizen and crucial for survival and well-being of the people of Pakistan. Per capita water availability in Pakistan is declining rapidly, which needs to be improved with construction of dams coupled with good governance in the water sector.

The current scenario of availability of water for the Rabi crop is also dismal one as it was facing 38 per cent water shortfall resulting in farmers’ woes, besides dwindling of the country’s precious reserves on the import of food grains.

According to former WAPDA Chairman Shams ul Mulk, around 29 million acre feet (MAF) water was being wasted every year in the country due to non-availability of storage facilities and accumulation of silt in the main water reservoirs of the country Tarbela Dam and Mangla Dam.

He said the wastage of 1MAF water was tantamount to losing of Rs. 6 billion. He noted that not only rapid increase in the population was the sole factor of decrease in per capita water, but lack of water storage capacity and conservation were also adding to this issue.

Arshad Abbasi an expert on water related issues, was of the view that scarcity of water was affecting every continent of the world including Asia. “Around 1.2 billion people, or almost one-fifth of the world’s population, live in areas of physical water scarcity, and 500 million people are approaching this situation.”

Another 1.6 billion people, or almost one quarter of the world’s population, face economic water shortage”.

According to Pakistan Water Gateway, a non-governmental water-research portal, groundwater levels in the country were also dropping by a meter per annum. “If groundwater depletion continues at its current rate, the country would surely head towards widespread water shortage in the next few years,” it warned.

Taking serious note of the issue, the government of Prime Minister Imran Khan has decided to build much awaited big water reservoirs including Diamer Basha and Mohmand dams from own resources in order to increase water storage in the country.

According to top priority to the problem, Chief Justice Mian Saqib Nisar has also issued directions in this regard besides, embarking upon active donation campaign for this purpose. People from all strata of life, institutions, organizations and companies have been generously donating for construction of Diamer Basha and Mohmand dams. Some Rs.8.89 billion has been deposited in the fund so far, according to information in this regard.

According to Chairman WAPDA Gen. (Retd) Muzammil Hussain both the dams would be with cumulative gross water storage capacity of 9.3 million acre feet (MAF) and electricity generation capacity of 5300 mega watts (MW).

Diamer Bhasha Dam is a multi-purpose project aiming at water storage, flood mitigation and power generation. The project will be constructed across River Indus about 40-kilometer downstream of Chillas City, he said.

Giving details about this Dam project, he said that a total 272-meter high Roller Compacted Concrete (RCC) Dam would have a gross water storage capacity of 8.1 million acre feet (MAF).

This project would have a total power generation capacity of 4500 MW of electricity with annual energy generation of more than 18 billion units of low-cost and environment friendly. With the construction of Diamer Basha Dam Project, the life of Tarbela Dam would be enhanced for another 35 years.

Regarding Mohmand Dam, the WAPDA chairman said that the work on the construction of dam would be kicked off shortly. The project is of immense importance and it will store 1.2 million acre feet (MAF) of water for irrigation, help mitigate floods in Peshawar, Charsadda and Nowshera and generate 800 mega watt (MW) of green and clean energy.

Over Rs 90 billion has been paid to the owners against the acquired 90 per cent land for Diamer Basha dam , while 10 percent remaining land will soon be acquired after the payment of Rs 60 billion,” Federal Secretary Water Resources Shamail Ahmad Khawaja told this news agency while talking about the land acquisition process for this project.