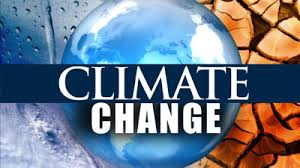 Islamabad – The experts have unanimously emphasised the need for hammering out a national climate change awareness plan to boost Pakistan’s response to climate risks and build up climate resilience through adaptation measures in various socio-economic sectors, particularly water, energy and food.

“Dealing with vagaries of climate change direly requires scientists, academicians, policymakers, technologists and political leaders to play their effective part and none of us can afford laxity in this regard at any level,” he highlighted.

Shedding light on unprecedented importance of the global climate conference to save earth from more intensified and devastating effects of global warming, he told the participants that the world is keenly looking towards an ambitious, just and viable agreement to reduce global emissions so as to hold the increase in global temperature below two degree Celsius.
The climate negotiations journey on the road to Paris appears tough but if countries walk together, they will advance towards building a sustainable future for the planet.
In this journey, parties must take into account the needs and demands of the poorest and the most vulnerable countries like Pakistan.

Dr Chaudhry said the present government is doing all-out efforts to deal with climate risks, though much of these efforts go unnoticed because of lack of awareness about the efforts.

“For instance, five to seven percent of the national budget is being spent on climate change-related initiatives including development of hydro power sector and investment in solar and wind energies, which are clean, cheap and environmental-friendly energy sources,” he said.
Chairperson Parliamentary Task Force on Millennium Development Goals (MDGs), Mariam Aurangzeb spoke at length about various options climate change adaptation as a part of climate change resilience of the country.

Aurangzeb said that climate change has become now a top political and development issue at the global level, because the world has recognised that it is serious challenge to all development gains made over the years in different socio-economic sectors, mainly water, agriculture, energy and health.
“That is why, the rich and poor countries are now under duress to rise above their personal agendas or interests and join hands together to cope with the common risk of global warming jointly and effectively,” she argued.

Lauding the role of ministry in raising Pakistan’s vulnerability case at the national and global forums, MNA Maryam Aurangzeb urged other governmental and non-governmental sectors to join hand with the climate change ministry to make socio-economic sectors including water, agriculture, energy, health and education climate-resilient through well-thought and viable adaptation plans in these sectors.

Secretary Climate Change Ministry, Arif Ahmed Khan highlighted possibility of extinction of various plant and animal species because extreme weather events in past, which again pose the risk to the very existence of humans and all sorts of the life on the planet earth.

“Dinosaurs went extinct about 65 million years ago, after living on Earth for about 165 million years.
Although the cause of their extinction is still a mystery, climatic change, diseases and changing plant communities could all have played a role,” he recalled and cautioned, “We are faced with the same risk to our very survival.
”
This risk can be overcome with global community’s far-reaching response to the biggest unfolding risk of climate change in the present century, Khan highlighted.

He said that in the aftermath of the devolution of the ministry of environmental following 18th amendment to the constitution in 2011, the ministry lost its very holding and powers.
“But these powers can be gained by dint of viable suggestions/proposals emerging from the think-tank on climate change,” he commented.

Arif Ahmed Khan urged the forum to push the government to increase resource allocation to overcome climate change and environmental issues, which cost losses to the national kitty worth billions of rupees annually.