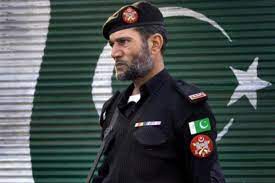 Whether it was due to influence of the accused or police indifference, media persons outside the judicial magistrate Shoaib Akhtar’s court were harassed, intimidated and threatened by the Jaffer family on Monday.

It was the date of hearing and all the prominent members of the House of Jaffer, Zahir Jaffer, his father Zakir Jaffer, mother Ismat Adam, two house staff, a cook and a gardener, were brought before the court.

Being a high profile case, a large number of media persons were present outside the court to film their arrival and cover the event.

However, Zahir Jaffer’s parents took exception to their presence and Ismat Adam, mother of the prime suspect prohibited a journalist to record her video. “It violates our privacy,” she shouted.

When the journalist paid little attention and continued filming her, one of the policemen escorting her approached him and got the video film deleted.

When the media persons asked if media coverage was banned, he said once you have been told not to film why you are not listening.

Interestingly, when she was instructing the media persons, all the policemen were watching the scene like silent spectators.

When the media persons objected to this and brought the matter to the notice of the police, Senior Superintendent of Police (SSP) Dr Mustafa Tanweer said there was no ban on the coverage of the trial of the Jaffer family.

The judicial court’s staff also expressed there was no ban on media coverage. Later, the district court and the high court reporters protested against the police for being a party and thus trying to curb the freedom of expression.