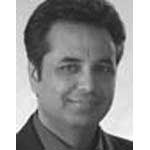 Let’s kill debateIt was quite an experience. To put tough questions, of the sort that others avoid, to controversial persons heading organisations on the radar of militancy is something journalists wish for.

This is what makes our profession so different from the save-your-skin-and-plod-on kind of careers. To use probe as a means to build perspective is a glorious service. This is what we live for. This is what forms the foundation of healthy, dynamic and result-oriented societies.

But blessings can turn into a curse in this land of ceaseless surprises. This is what happened last week.

Even before the concluding words were spoken on air, a certain section dramatised my interview with the head of an outfit into something akin to the worst atrocity ever committed against the opposing group. While the general approval rating of the programme was positive, a vicious campaign ensued against the channel and my person, demanding a ‘ban’.

Protests were organised in no time. Loud arguments beamed from different media outlets that this was part of a conspiracy to create ‘sectarian divide’ (as if in the hour before the interview was aired Pakistan was a utopia of peace and harmony unaffected by bloodthirsty groups.) Some colleagues from the profession suddenly woke up to the evil of hateful agendas that had been unleashed. In the sounds and sights of the broadcast they saw shadows of devilish work. By using the most subjective, partisan and shallow formulations (some were downright idiotic and factually incorrect) they tried to paint a picture of brazen terror being committed in the name of journalism.

Their crawl out of the woodworks was an amazing spectacle, their normal reputation being submissive, passive projectors of all other varieties of terror and hate that comes out of the endless speeches of leaders, most of whom they have a soft corner for. Another shocking aspect of the controversy was that propagandists queued up outside police stations to register cases. What the interviewee had said was totally overlooked; the demand instead focused on nailing me to the cross. Talk of messed up priorities!

But the storm ended after a statement of regret and clarification from the management and my interview with the ‘other side’ next week. After airing those 14 minutes of the ‘second interview’ my status of objectivity was restored. I was no longer condemned to hell; nor considered worthy of being shot in public (yes that’s what was demanded in several posts that had different organisations’ official logos on them). Why the other side’s point of view was not taken in the first place is answered by the simple fact that both sides hate each other, with one accusing the other of mass murder and other such heinous crime. They don’t sit together.

However, there are more important findings of this episode than how the string of events unfolded after the interviews. There is little doubt in my mind that not everything that was said in response to the interviews was motivated and contrived. There may have been genuine sentiments of anger and resentment over some aspects of the media interface. And this is natural. These are explosive issues and involve matters of core beliefs. Analysing them is no different from handling cut glass.

Yet the sheer volume and nature of outrage from certain quarters was surely driven by motives far less sublime than a natural desire to speak in favour of a particular worldview. These were not the ‘masses’ speaking. These were vested interests using terminology like ‘hate speech’, ‘intolerance’, ‘sectarian disharmony’, ‘National Action Plan’, ‘military courts’, etc in pursuit of selfish, narrow objectives.

This tendency is not new. Nor is Pakistan the only country where the façade of higher ends is held up to achieve goals that are neither lofty nor in the service of humanity. After 9/11 the world witnessed how Americans’ deep sense of grievance was hijacked by the deep state and turned into a case to trounce domestic political opponents who questioned decisions like Iraq invasion and usurpation of fundamental rights.

The name of security was used to justify Gitmo oppression; international laws along with constitutional guarantees were regularly thwarted without anyone in power batting an eyelid. In Britain and other countries an intrusive system of scanning personal lives and spy invasion of homes and business was evolved in order to, ironically, protect democracy and make societies more ‘peaceful’.

Other regions do no better on this front. From Latin America to Russia, from China to India examples abound of states and governments acquiring and abusing exceptional circumstances to their base advantages. However, what makes Pakistan a unique case in this regard is that this exploitation of serious national security concerns routinely turned into cheap handles to beat opponents with is done by everyone – from small business concerns to big political interests, from maverick individuals to crazies with petitions in hand to the heavy-hitters of the establishment.

Countering terrorism is a term that has become a guise to settle all sorts of scores. We are witness to the way politicians use this to malign their opponents. One party wants one type of militants to be tackled decisively but does not want the same treatment to be meted out to them in their stronghold.

One ethnic group wants the other to be defined as the core of the problem of militancy but when it comes to getting defined the same way by the other side, it is the first one to condemn it as racism. The PTI accuses the PML-N of patronising sectarian outfits in the heartland of Punjab, whereas the latter calls its leadership a softer extension of the banned TTP.

The rollercoaster of accusations and slander in the media industry rolls even faster. The race of ratings and the desire to get the advertisement share of the rival group has driven some media houses completely crazy in issuing fatwas against those they wish to dislodge. Social media platforms are used to express naked sectarian and political biases – in the name of making this country a ‘tolerant’ society.

Media owners sip with power brokers to edge past their opponents but hypocritically tell everyone that they are doing this as part of their contribution to the country’s fight for survival.

At a higher level the same guise of countering terrorism is being used to attack and gut basic freedoms. State and government(s) are all geared towards extending their power without wanting anyone to raise a voice about the consequence of the policies they pursue. In Pakistan ‘speak-no-evil, see-no-evil, hear-no-evil’ now means ‘report-no-evil, discuss-no-evil, analyse-no-evil.’ And yet everyone expects to eradicate evil. Talk about messed up thinking!

The irony of the national discourse on countering terrorism, extremism and fighting militancy is that it has been hijacked not by terrorists, extremists and militants but by petty, piffling personal agendas whose end-goal is to fight and win useless turf battles. That the country and its hapless people are picking the cost of their devious distractions is of no concern to them. They are happy as long they get what they want. And what they want is a licence to kill, and not real debate on real challenges.