For some people, identities forged through extremist viewpoints have always been fringe ones. The US war on terror, however, has turned extremist tendencies into global currency. Though not limited to any one country, this reevaluation carries larger implications for Pakistan than for any other country.

One manifestation of this phenomenon is the emerging lot of ideologically motivated and politically conditioned televangelists, columnists, journalists and military analysts. The flight to success of such ‘media celebrities’ is the outcome of their ideological stubbornness, which they conveniently express on different media outlets. By so doing, such charlatans strategically pitch their extreme views turning their personal nuisance value into a crowd-pulling phenomenon — a cult business that taps on mainstream xenophobia and religious intolerance, milking both as sources of public attention.

Let me explain this with the help of a recent controversy involving a leading televangelist, who hosts a show on a leading television network. One person was killed in December last and two fell in 2008 following the use of incendiary remarks against a religious community on the televangelist’s programme. This invited civil society protests, which blamed him for fostering extremism. Carried on the television channel’s official website was a belated clarification, which stated that the said televangelist has in the past played a role in promoting multi-faith dialogue and harmony.

Social theorist Stephen Duncombe once argued that “the culture of consumption can neutralise all dissenting voices” by “assimilating their content”. The same stands true for widespread commercialism in the media, which promotes extremism to foster a certain consumer culture. By creating an issue, inviting its consequences and then invoking a damage-control mechanism (clarification), commercial media always turns tragedy into opportunity (advertising). All of these steps are part of a process, neutralising oppositional voices by making them part of a consumption process, which I call the political economy of extremism. By so doing, commercial media fine tunes hate speech, giving it a brand treatment. Media celebrities and televangelists have all become brand representatives of different sects and sections in this commodification process. They are invited to media talk shows, not for sharing their learned opinion but for publicising their ideological stubbornness, which keeps the consumption culture of the new media intact by hitting at public sentiments.

Since religion, ‘national interests’ and ‘patriotism’ in a militancy-torn country like Pakistan are highly emotional and charged subjects, providing a base for social, political and official valourisation, therefore, from the regular audience to conspiracy theorists, and from laid-back politicians to the state apparatus, all conspire to fix a value on immoderate tendencies. Such factors turn extremism into a method meant to heat up controversies in order to profit from them. In tapping this value for commercial benefits, the media needs extremist tendencies for fostering on-screen energy. By magnifying personal contradictions on an industrial scale, the political economy of the media thrives on a cult business — the objectification of nuisance value for inviting public attention. Media treatment of this sort makes ‘TV celebrities’ victims of their own identity and power.

Going back to 2008, I accompanied one famous televangelist on a visit to attend ‘interfaith conferences’ in Makkah and Madrid, respectively. Otherwise a decent and spirited man, what I found in a month-long interaction with this ‘TV celebrity’ was an obsession to look at everything through contentious historical frames. Here, one incident is worth sharing. While filing a story for my newspaper, I accidentally came across an unattended email in which a scholar from Israel explained details of a conference to his addressee. The introduction was tantalising but reading the private correspondence that was not meant for me was an unsettling experience. I later shared this with the televangelist in my room. To my embarrassment, the televangelist grabbed my hand, led me to the venue of that very conference and while we were still in Spain, a poisonous outpour entitled “Last effort to stop clash of civilisation” appeared in the form of a column back home in a popular Urdu daily. In this way, a personal email, unethically accessed, was turned into a subject for an impending crusade.

The news media and its ‘celebrities’ may get cheap popularity and high ratings by putting a desirable value on extremism. But in this race for commercialism, hate speech is encouraged at the cost of plurality. From one TV channel to another, the same appearances have made it difficult to differentiate between the medium and the message. Such trends have set the political economy of the media on a path whose ultimate direction is promoting freaks and ideologues. Looking into the social repercussions of such trends, it is society as a whole which has to understand what is sellable and what is not. The bargaining power of society is the outcome of a dialectical relationship, which every society needs to establish with the media. In its absence, morbidity rules supreme. As Hegelian philosophy suggests, the master is a master because there is a slave. If there is no slave, there will be no master and if there is no master, no slave would be there.

Why have TV news channels, the world over, stuck to this model of news?

Experts back code of conduct for media 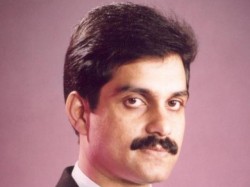