THE government’s conduct regarding its efforts to regulate ‘unlawful’ online content remains opaque and smacks of tokenism, notwithstanding attempts to appear otherwise at the prodding of the Islamabad High Court. On Jan 25, it promised the court it would consult with relevant stakeholders to revise the social media rules it had notified in January 2020 before the next hearing on Feb 26. To that end, a meeting was held in Islamabad on Friday during which the attorney general, as the government’s representative, agreed to the formation of a council to review ‘undesirable’ social media content, provided the prime minister gave his nod. The proposed body would include representatives of journalists, civil society and digital rights activists.

However, whether Friday’s meeting could be described as a meaningful consultation, of the kind that is necessary when an issue as important as the right to freedom of expression is at stake, is questionable. For one, while the invitees included a representative of the Asia Internet Coalition, missing from the list were reps of local industry associations and digital rights groups — both obviously relevant to the discussion. While the meeting was ostensibly open to all who wished to attend, it was not announced through a public notice, ensuring a limited input. A single meeting cobbled together in this manner a week before the next hearing does not meet the criteria of a thorough and representative consultation, even if the attorney general has promised follow-up meetings. There exists, for good reason, a trust deficit on the matter between the government and the stakeholders that has widened ever since the rules were notified without any warning. When that undemocratic step led to an outcry by local and international digital rights groups, the rules were ‘suspended’ by the prime minister, a meaningless action as he does not have the authority to overrule cabinet decisions. The ‘consultation’ with stakeholders and experts that followed included a questionnaire listing 10 questions with ‘yes’ and ‘no’ options. When the new version of the rules was drafted, it was not shared with them; in any case, almost none of their recommendations were incorporated. With the prospect that the court, after hearing multiple legal challenges against the social media rules could declare them as being unconstitutional, the government has scrambled to appear conciliatory. As a good faith measure, it should first withdraw and de-notify the rules and then sincerely undertake broad-based consultations on the matter. 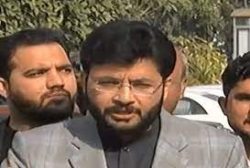