Forest policy draft to be sent to CCI next week 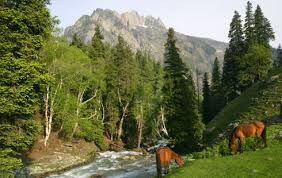 ISLAMABAD – The draft of the first ever National Forest Policy is ready to be sent to the Council of Common Interest (CCI) next week for getting formal approval, The Nation learnt reliably yesterday.
The ministry of climate change prepared and finalised the draft with the consultation of provinces last month. All provinces and other stakeholders were taken on board in the preparation of policy draft, the sources said.

Talking to The Nation, a senior official of ministry said that Mushahidullah started process of preparing the first ever national forest policy and invited all provinces and officials of Gilgit-Baltistan (GB), Azad Jammu Kashmir (AJK) and Federal Administrative and Tribal Areas (FATA) for their guidance and input in this regard. He said that the provinces did not give positive response in the start and raised questions over the national policy. They stated that provinces were not bound to corporate with the federal government regarding new policy after the 18th amendment and they reserved right to introduce forest policies at the provincial level, he added.

He said new Minster for Climate Change Zahid Hamid convinced provincial governments to cooperate and help in preparation and implantation of policy as well as provinces can introduce their own policies. He said that ministry took the assistance of provinces, National Agriculture Research Council (NARC), Global Change Impact Study Centre, senior scientist and researchers in the preparation of draft. He said that ministry sent the draft to all provinces for their comments over it. The provinces added their input and briefed the climate change ministry regarding the missing points in the policy draft. The ministry admitted the weakness in draft and included the input of provinces, he added.

He said that all provinces agreed on the final draft of the policy a few weeks ago and now it is ready for implantation in the country after approval from concerned quarters.

Earlier, Zahid Hamid has said on the floor of National Assembly that the first forest policy is ready to present in CCI. He also said that federal and provincial governments had unanimously approved the draft of the policy.