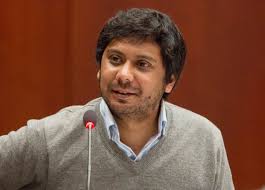 On October 8, journalist Almeida and former prime ministers Nawaz Sharif and Shahid Khaqan Abbasi appeared before the court for hearing of treason case.

Almeida’s advocate Ahmad Rauf had already submitted written replies and remarks on behalf of the journalist before the recent hearing.

On September 24, LHC issued non-bailable arrest warrants for Almeida and ordered to put his name on ECL after he failed to appear before the court for the third time.

Nawaz Sharif had given an interview to Cyril Almeida on May 2018 in which he made some controversial remarks about the 2008 Mumbai attacks and stated, “Call them non-state actors, should we allow them to cross the border and kill 150 people in Mumbai? Explain it to me.”

Human rights and media safety organizations including Human Rights Commission of Pakistan (HRCP) and Council of Pakistan Newspaper’s Editor (CPNE) had termed the decision of court to put journalist’s name on ECL and issue non-bailable arrest warrant against him as an attack on press freedom.