LAHORE: Former prime minister Nawaz Sharif has strongly rejected the allegations of high treason levelled against him in a petition pending adjudication before the Lahore High Court and maintained that “the act of sedition is even unthinkable for me”.

Though Mr Sharif did not attend Monday’s hearing of the petition by a full bench, his counsel Naseer Ahmad Bhutta submitted a written reply and told the judges that his client was due to appear in trial proceedings before an accountability court of Islamabad. Moreover, he said he took an impression at the last hearing as if Mr Sharif was supposed to appear before the court for once.

However, Justice Syed Mazahar Ali Akbar Naqvi, who heads the bench, said that if this was the case the other respondents, including former prime minister Shahid Khaqan Abbasi and Dawn journalist Cyril Almeida, would not be present in the court. He directed the counsel to file an application if Mr Sharif wanted to seek exemption from personal appearance and the court would look into it as per the law.

Appreciating the conduct of Mr Abbasi, Justice Naqvi said on a lighter note that the former’s frequent appearances before the LHC benefited him a lot as the people of Lahore had elected him to the National Assembly in a recent by-poll.

“I also like to appear before courts,” responded Mr Abbasi.

“You may become prime minister again if you keep visiting the court,” Justice Chaudhry Masood Jahangir, a member of the bench, told Mr Abbasi.

The counsel for the petitioner pointed out that Mr Almeida had in his reply only said that he wrot what Mr Sharif told him in the interview.

“What else a journalist should say?” Justice Naqvi asked the counsel.

The court adjourned further hearing till Nov 12 and directed the counsel for the petitioner to come up with arguments on maintainability of the petition.

Besides questioning the maintainability of the petition, Mr Sharif in his reply argued how a person, who had made the defence of the country unconquerable, could be a traitor? Being a three-time prime minister he was fully conversant with the challenges faced by the country, its army and law enforcement agencies, he stated.

“If people of Pakistan who put their trust in my party and made me prime minister three times are also traitor,” Mr Sharif stated, adding that the Pakistan Muslim League-Nawaz also secured maximum votes in the recently held by-polls.

The former premier stated neither the whole nation nor state institutions could find out the alleged treason committed by him except the one who had filed the petition. “Does the petitioner also know the whereabouts of the dictator who is facing proceedings under Article 6 for abrogating the Constitution of this country?” Mr Sharif asked.

He stated he had nothing to do with the protocol, if any, provided to journalist Cyril Almeida at Multan airport. He denied having discussed the minutes of a meeting of the National Security Council (NSC) with then prime minister Abbasi.

Refuting the allegation of sedition by the petitioner, Mr Sharif maintained that he never uttered any seditious remarks or gave any anti-state interview. He argued that under the High Treason (Punishment) Act 1973, proceedings can take place only on a complaint by the federal government, which has exclusive discretion in the matter.

Mr Sharif requested the court to dismiss the petition for being not maintainable.

In his reply, Mr Abbasi rejected the allegations of violating the oath of office of the prime minister in any manner. He also dismissed the allegation of discussing the minutes of the NSC meeting with Mr Sharif.

Filed through Advocate Ahmad Rauf, Mr Almeida stated in his reply that he had written verbatim the words of Mr Sharif, which had been quoted. He stated the news article was published in good faith on a matter of general public interest and the words were quoted verbatim.

He rejected the allegation of being taken to Multan airport in a special plane or given any protocol, explaining he travelled to the city by road from Islamabad for the purpose of covering the pre-election situation in southern Punjab.

“The petitioner has taken one statement out of context while ignoring the entire news article which includes rather important public interest statements and has to be read as a whole,” he added.

The reply stated Mr Almeida “is a patriotic journalist who has been writing in the daily Dawn on matters of public importance for years and is under a constitutional duty to apprise the nation of the views of their public leaders”.

Mr Almeida told the court that he was “neither a necessary nor proper party” in the case and requested it to dismiss the petition. 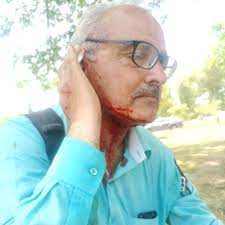 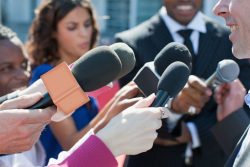