ISLAMABAD: The Council of Pakistan Newspaper Editors (CPNE) has expressed concern over filing of a treason case against Cyril Almeida and placing his name on the exit control list.

In a statement released on Wednesday, Arif Nizami, the council’s president, senior vice president Imtinan Shahid and Dr Jabbar Khattak stressed that all state and non-state institutions must respect media freedom as it was “vital to a democratic culture”.

“Freedom of expression has been guaranteed in the constitution,” the CPNE recalled.

“It is not proper to persecute any journalist for interviewing a former prime minister. It is not a crime to perform journalistic duty,” the statement added. “Such actions amount to eliminating media freedom.”

The CPNE leadership said one-sided action and filing of cases against any journalist violated human rights and media freedom guaranteed by the constitution.

The statement said accepting of responsibility on the part of the publication concerned was in line with journalistic principles. 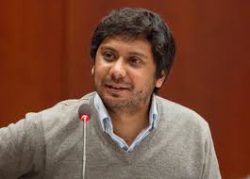