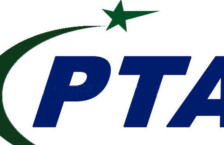 The chairman was briefing the committee on steps taken to control child pornography. Committee chair Senator Rubina Khalid was concerned if pornographic videos of children were being made in the country from local and international viewers.

The PTA chairman said that while there was no evidence of such videos originating from Pakistan, his office is engaged with Interpol on the matter.

“More than 2,384 child pornography sites have been blocked. New pornographic websites keep surfacing, but the trend is on the decline nonetheless,” he said.

Senator Khalid directed the PTA to develop a mechanism to completely eradicate incidents of child pornography.

The committee also took up the PTA’s phone blocking mechanism, which was criticised and described as an obstacle to the spread of IT.

Members argued that the Device Identification Registration and Blocking System (DIRBS) was an inconvenience for Pakistanis bringing mobile phones from abroad.

The committee questioned the effectiveness of the device blocking mechanism when stolen information and travel documents such as passport and identity card numbers, which are needed to register mobile phones, are being used to unblock non-custom paid handsets in market for Rs2,000 to Rs3,000.

The senators were told that after DIRBS was implemented, all unregistered mobile phones will become unusable.

Mr Bajwa claimed that commercial imports of mobile phones have doubled since the device blocking system was introduced. According to a senior customs official, the exchequer has earned Rs231 million on duty paid by Pakistanis carrying mobile phones.

The provision to carry one mobile phone while travelling from a foreign country was abolished after passengers’ data was stolen and passed on to unblock non-customs paid phones.

The PTA has shared more than 44,000 cases of passengers’ identity theft with the Federal Investigation Agency for legal action.