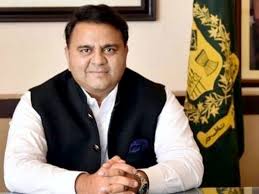 LAHORE: A judicial magistrate will resume hearing on Friday (tomorrow) of a private complaint filed by Federal Minister for Science & Technology Fawad Chaudhry seeking action against news anchor Sami Ibrahim for allegedly defaming him by running a malicious campaign.

The magistrate had issued a notice during the last hearing to Mr Ibrahim asking him to submit his reply to the complaint.

Mr Chaudhry, who previously held the office of information minister, said in his complaint that the defendant had launched a defamation campaign in order to extort money from him.

He pleaded that since the act of the defendant had tarnished his reputation and political stature, it should be treated as an offence under various sections of the Pakistan Penal Code (PPC).

The minister prayed to the court to summon the defendant, put him on trial and punish him in accordance with the law.

Mr Chaudhry had reportedly slapped Mr Ibrahim at a wedding ceremony in Faisalabad. After that Mr Ibrahim had filed a petition before a Faisalabad sessions court for registration of a criminal case against the minister as police had not taken any action on his application.