Parliamentary panel for legislation to check misuse of technology 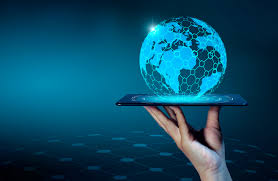 A parliamentary panel on Wednesday underlined the need for legislation to make the use of technology secure after some members complained that electronic fraud and misuse of technology have been on the rise in the country.

A meeting of the Senate Standing Committee on Information Technology and Communications chaired by Senator Rubina Khalid expressed serious concern over misuse of social media after she told the committee how she made a complaint with the relevant department of the ministry when a page was uploaded at social media that said a huge quantity of gold had been recovered from her home.

Senator Rehman Malik stated that increasing trend of publication of news in social media is needed to be stopped by making legislation. The senator complained of receiving large number of messages on their mobile phones.

After a detailed discussion, the committee decided to form a subcommittee and directed it to submit report within a week with suggestions what legislative and administrative measures could be used to prevent misuse of social media.

On agenda items moved by Senator Mir Kabir Shami regarding Balochistan quota in appointments in the ministry, the committee was told that total strength of manpower in the ministry and its attached department is 5,319 and quota allows 6 percent recruitment from Balochistan.

Minister for IT Khalid Maqbool Siddiqui acknowledged that legal requirements may have been met with regard to recruitment at the federal level on the basis of quota; however, there is need to fulfill the requirements of justice.

On the agenda items regarding crimes against children, the chairman Pakistan Telecommunication Authority (PTA) informed the committee that on data sharing by the Interpol, 2,384 pornography websites were blocked by the PTA. He added that according to Google’s statistics, child pornography trend is declining in Pakistan because of effective steps taken in recent months. The committee chairman and members stated that their fear and concern is that “our children are not used for this purpose and whether such material is being made in Pakistan.”

Director FIA told that committee that since August 2016 when the law regarding prevention of crimes against children was adopted, 13 cases of child pornography have been reported to the FIA and three of them are still complaints while on one case conviction was awarded after investigation.