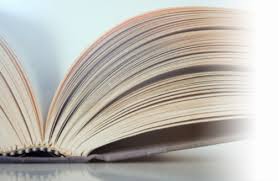 KARACHI: Writers and journalists praised Akhtar Saeedi’s contribution to Urdu literature at a sitting at the Arts Council here on Monday evening.

In his introductory remarks, Rasheed Khan Rasheed shed light on Saeedi’s personal history and professional career. “Born in Tando Adam, Saeedi’s father, Jauhar Saeedi, was a poet as were his uncles Liaqat Ali and Nayyar Saeedi. He began to recite poetry in 1976 and his first collection of verses ‘Chiragh jalnay tak’ was published in 1996. His second collection titled ‘Firaq say visal tak’ came out in 2000 and his third book of poetry ‘Hawa, chiragh, aaina’ was brought out in 2005.

“He began his journalistic life in 1976 with daily Jasarat in Karachi and later joined daily Hurriyat. He has been associated with the Jang newspaper for the past 30 years, editing its literary and children’s pages. So far Saeedi has interviewed 380 literary personalities and some of the interviews will be published in his upcoming book,” he said.

Journalist Khalid Moin said he had seen Saeedi in different stages of his professional life and complimented the production of the literary page Saeedi supervised. About his poetry, Mr Moin said: “His forte is ghazal, but he has tried other forms of poetry also. In fact, he has written quite a lot of nazms on Karachi.” He also recited a couplet written by Saeedi:

Ishq ki raahon pay chalna hai to rusvai na dekh Tujh ko paani mein utarna hai to gehraee na dekh The function started two hours late, thus by the time Subrung Digest founder and editor Shakeel Adilzada came to the podium, he barely spoke for a couple of minutes, saying that whatever Saeedi had achieved was all because of his hard work and his intellectual heredity was merely incidental.