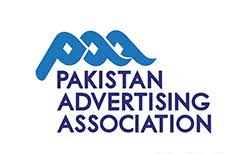 KARACHI: The Pakistan Advertising Association (PAA) has said that it is in favour of meaningful changes, or reforms, aimed at improving transparency and agreeing upon a procedure for selection of agencies by the government on merit.

The association termed the proposed draft of a new policy for the print, electronic and digital media a virtual death sentence for the advertising industry.

According to a press release issued on Wednesday, the PAA’s central executive committee, which met on Monday (Dec 10), had concluded that the federal and the provincial governments’ lack of urgency in clearing dues of advertising agencies showed the authorities did not seem to understand the gravity of the situation.

“The advertising agencies and the media — both print and electronic — are currently suffering from a cash-flow crisis because the provincial and federal governments are not paying the rightful dues of ad agencies, print and electronic media,” it said. “This financial irresponsibility could also damage the government’s credibility.” The advertising association criticised the proposed draft of a new policy for the print, electronic and digital media, saying the PAA and other stakeholders like the All Pakistan Newspapers Society and the Pakistan Broadcasters Association would not accept the proposals.

“The PAA is fully committed to supporting the government in rooting out all non-merit based elements from advertising agencies as well as strengthening the relevant government bodies.

“The government can only achieve positive results if it takes meaningful steps to enhance the transparency of its internal processes and procedures,” said PAA chairman Ali Mandviwalla.