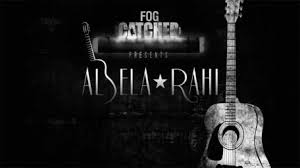 It was a fine chilly night of December 2013 when Sultan Ghani Afzal and Faisal Hashmi were sitting in the Stimulus office when suddenly it dawned on them that it was high time they made a film! It was always Sultan’s dream to make a film on someone who has left behind a legacy and changed the music industry forever.

When it came down to deciding the protagonist, Alamgir – the legend who pioneered pop music in Pakistan was the ultimate front-runner! And so began the Journey of Project Charlie – our code name for this film! Project Charlie has finally has been launched as “Albela Rahi” and we are very proud of the fact that this is the first time a film is being made on a legendary pop icon of Pakistan!

The idea has been polished for the past two years, the script rewritten and refined to the core and a great deal of effort made to bring it to where it is today., Although the concept of this film is a novel one in itself, we wanted to ensure that every other aspect of it is nothing short of being spectacular! Enter Fawad Khan – who we believe is the perfect actor to play Alamgir and carry on his legacy. We are very pleased to have Fawad on board since day on when we had shared with him the idea and script of Albela Rahi.

We are also immensely grateful to the legendary Alamgir for embarking on this journey with us to tell his life’s story thorugh Albela Rahi. We respect him with all our hearts and cannot wait for the world to see how he transformed the Pakistani music scene with his majestic wave of Urdu pop and burning flair for stage performance!