ISLAMABAD: Minister for Information and Broadcasting Chaudhry Fawad Hussain on Tuesday said the world needed to have one voice to counter hate speech and incitement to violence.

“The Pakistan Tehreek-e-Insaf (PTI) government is a staunch advocate of free speech but there is a dire need for international regulatory regime to defy hate content on social media,” said the information minister during a meeting with High Commissioner of Canada to Pakistan Wendy Christine Gilmour, who called on him.

The minister said Pakistan was a modern democratic state where media enjoyed immense freedom, civil society was vibrant and judiciary was independent.

“We would like to invite Canadian filmmakers to come to Pakistan and shoot the scenic beauty of its northern areas,” he added.

On the significance of opening of Kartarpur Corridor, a peace initiative from Pakistan, the minister said, “We would make special arrangements to facilitate Canadian and American Sikhs on their visit to Kartarpur next year.”

He urged the Canadian high commissioner to relax and review their travel advisory to Pakistan, which was a safe and peaceful country like any other country of the world.

The minister said Pakistan and Canada historically enjoyed cordial relations and “we will like to further deepen bilateral political engagements, economic interaction and development cooperation in our common endeavour to promote peace, security and prosperity”.

Both countries, he added, shared commonality of views on issues of mutual interest such as promoting democracy, good governance women empowerment, poverty reduction, combating climate change and striving for international peace and security. “Pakistan-origin diaspora community of over 400,000 in Canada is a source to further strengthen our relations.”

The Canadian high commissioner appreciated the minister’s gesture of facilitating the Canadian Sikh community during their visit to Kartarpur in coming year.

She informed the minister that she herself was present on the occasion of Kartarpur border opening ceremony. She said they would like to enhance cooperation with Pakistan in various fields mutually beneficial for the people of both countries. 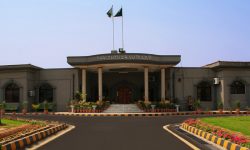