Women being empowered in line with Benazir’s thinking

The ceremony was chaired by Tauqeer Fatima Bhutto, Sindh Minister for Women Development. Quite a number of women representatives and activists participated in the function. This was aimed at appreciating the services of the working women in Sindh province.

Addressing the gathering, Tauqeer Fatima Bhutto said that today we honour women from all corners of the province and the contributions they have made towards the development of women. She said that for over one hundred years, International Women’s Day had been a beacon of hope for so many women who have fought for the uplift of their communities and societies.

The minister further highlighted the practical steps taken by her department to end the deprivations of the working women. She said that thousands of women had been empowered socio-economically, politically and legally, enabling them to stand on their own feet.

In addition to this, a wide range of facilities and opportunities had been created by her department for the working women across the province of Sindh. In this connection, Day Care Centers, Working Women Hostels, Ladies Civic Clubs, Skill Development Trainings and Sales and Display Resource Centers are of tremendous importance.

She said that the Women Development Department was accelerating efforts to advance and institutionalise women’s participation for their real empowerment in line with the thinking and approach of Shaheed Benazir Bhutto.

Hamida Masood Shah, Director, Directorate of Women Development, Government of Sindh, said Sindh women who possessed diverse qualities and skills as a result of her department’s efforts may be given ample opportunities to participate in the provincial and national development.

Furthermore, she announced that an ADP Scheme namely Advocacy of Women Empowerment in Sindh as well as next phase of Benazir Bhutto Shaheed Youth Development Programme would soon be starting for socio-economic and legal empowerment of women across the province of Sindh.

She said that every possible measure would be taken by her department for the welfare of women in Sindh. She further added that the Directorate of Women Development, Government of Sindh, was committed to make women and their advancement a cornerstone of her government’s policy not just because it’s the right thing to do. 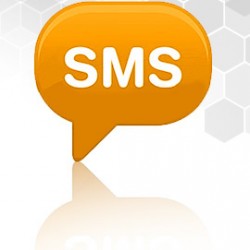