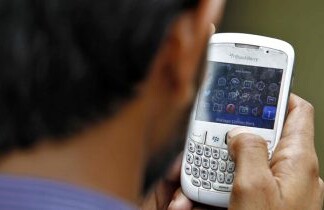 ISLAMABAD: Raising objections on a request submitted by Warid Telecom, Pakistan Telecommunication Authority (PTA) has now sought a fresh application from the mobile network operator, declaring that certain amendments in its licence are necessary to launch 4G LTE services in the country.

PTA had held auctions for 3G and 4G network licences on April 23 – a process in which Warid did not participate in. The bids of four mobile operators of Pakistan qualified for the auction of 3G and 4G namely Mobilink, Telenor, Ufone and Zong.

Warid had previously already obtained a spectrum that would allow the roll-out of 4G.

Sources in the PTA told this scribe that the telecom authority held a meeting on Monday to review the request of Warid telecom and decided that the submitted application for the launch of 4G service was not up to the mark.

The PTA, while seeking details of the spectrum that is under Warid’s use, has asked the mobile network operator to submit a fresh application in this regard.

In a statement, the PTA said that it has received a letter from Warid Telecom explaining their desire to launch 4G/LTE services on their existing cellular mobile licence issued to them in 2004.

A PTA spokesperson said that the telecommunications regulator is reviewing Warid’s request on the basis of relevant licence clauses and the current regulatory framework.

The company’s existing licence is technology neutral but is not service neutral, which means the company would have to share all details of its new services prior to their launch.

The spokesperson further said that the existing licence of Warid, which it acquired in 2004, is technology-neutral but it does not provide any Quality of Service (QoS) parameters and service Key Performance Indicator (KPIs) for 4G /LTE services.

Warid would have to comply with the QoS parameters and KPIs laid down by PTA for the 4G/LTE services, he said.

He said that offer of 4G/LTE services by Warid would have to go through a process as per their licence as well as requirements of assuring proper coverage, QoS, enhanced monitoring requirements etc.

“For this Warid will have to send in a proper request and provide their detailed information and technical plan,” he said.

The spokesperson added that Warid should provide details about how much of the spectrum would be carved out from the 8.8 MHz in 1800 band for the LTE services and its impact on the existing GSM/GPRS/EDGE customers.

“Specific information about the version of LTE to be deployed should also be provided to PTA as all the releases of LTE do not satisfy the requirements of the IMT–Advanced (4G) Standards,” he said.

It was earlier expected that PTA may withhold Warid’s request for permission to go for the launch of 4G (LTE) considering the interests of other cellular companies who bought the (3G/4G) licences for $1.12 billion.

Zong and other cellular companies have serious reservations over this decision by the PTA, as they paid heavily during the bid and also invested their time.