MIRPURKHAS: An anti-terrorism court remanded on Friday three men in police custody for their alleged involvement in the rape and murder of a nine-year-old girl.

The Satellite Town police produced the three suspects before Judge Ghulam Mustafa A. Memon of the ATC for remand.

The court remanded the suspects for four days and directed the investigation officer to file a charge-sheet on the next date.

The body of nine-year-old Nimra, stuffed in a plastic bag, was found at a desolated place in the Mir Allah Bachayo Colony on Jan 16.

She was subjected to a sexual assault and then strangled. She went missing on Jan 11 in Muhammad Quarter in the Walkart area.

A case was registered on a complaint of the girl’s father, Mohammad Hameed Abro, under Sections 364-A (kidnapping), 302 (premeditated murder), 376 (punishment for rape), 201, 34 (common intention) of the Pakistan Penal Code read with Section 6/7 of the Anti-Terrorism Act of 1997 against unidentified persons.

Meanwhile, Mirpurkhas SSP Farooque Jamali told a press conference on Friday that the three suspects had kidnapped the minor girl outside her residence and taken her to a deserted place where they raped her and then brutally murdered her.

He said that the suspects wrapped the body in a plastic bag and threw it in the Mir Allah Bachayo Colony.

The SSP claimed that the police also recovered a motorcycle, a rickshaw and some other things used by the suspects in commissioning of the offence. 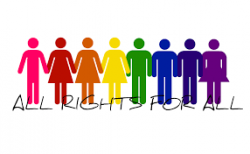