Pakistan Press Foundation (PPF), in a letter to Mauricio Macri, President of Argentina has expressed concern over the misogynistic comments against journalist Norma Devechi.

According to Instituto Prensa y Sociedad de Venezuela (IPYS), the mayor of Puerto Iguazú, Claudio Filippa made misogynistic statements against the journalist and urged the workers of municipality to sexually assault her.

The comments that Filippa made against Devechi were recorded on a WhatsApp audio, which later went viral. Though it was found that the mayor was targeting the journalist because she had involvement in the Administración Federal de Ingresos Públicos (AFIP) in case of million-dollar scams.

According to Clarín, largest newspaper of Argentina, “Filippa’s anger is due to the number of stories that exposed his involvement in criminal organization committed to evasion by means of fictional invoices.”

After facing this situation, the correspondent of El Territorio newspaper, Devechi presented an official document in the National Institute against Discrimination, Xenophobia and Racism (INADI). She also lamented the lack of solidarity on the part of the Government of Misiones. 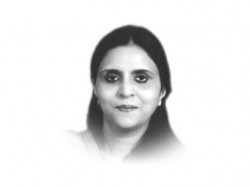