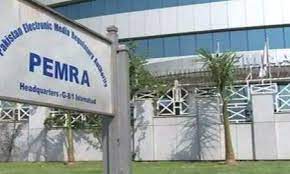 The Pakistan Medical Commission (PMC) has formally launched a complaint against a private tv channel with Pakistan Electronic Media Regulatory Authority (PEMRA) for airing falsified facts and defamatory statements against the healthcare regulator.

According to PMC spokesperson, the television channel had on three instances repeatedly aired slanderous statements and allegations against the PMC that were not based on facts during live broadcasts and were in direct violation of the PEMRA Ordinance, PEMRA Rules, Terms and Conditions of License and Electronic Media (Programmes and Advertisement) Code of Conduct, 2015.

He said the press conference of President PAMI, Chaudry Abdur Rehman, owner of a private channel and Chairman of Azra Naheed Medical College aired on June 22,2021 and two episodes of the show ‘Seedhi Baat’ aired on July 7,2021 and July 14 respectively were the part of the complaint.

He said the press conference of Chaudry Abdur Rehman levelled allegations against the PMC that were false, misleading and blatant exploitation of the platform that reaches an audience across the country.

He said that in both episodes of the show “Seedhi Baat” panelists falsified facts, distorted court judgment, and labelled actions taken by PMC as false.

He said the three programs sought to benefit stakeholders of certain private medical and dental colleges who were to directly benefit from negative propaganda against PMC.

The programmes were conducted in a biased and self-serving manner. The relevant facts were suppressed and only selective, false, distorted, misleading, defamatory information was disclosed to the public, he added.