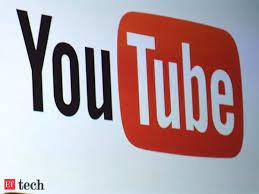 Some of the YouTube channels were being operated by anchors of Pakistani TV news channels.

The Indian government has ordered to block 35 YouTube channels and two websites based in Pakistan, claiming that they were running “anti-India propaganda”.

India’s Information and Broadcasting Ministry, in a statement, said that the websites and channels had a total of 120 million subscribers and were running “fake news” on former Chief of Defence Staff General Bipin Rawat, the Indian media reported on Friday.

“The YouTube channels, websites, and other social media accounts blocked by the ministry were used by Pakistan for spreading anti-India fake news about sensitive subjects related to India,” it said.

It was observed that these YouTube channels had also started posting content to undermine the democratic process of the upcoming elections in five states, the statement said.

The statement further said that some of the YouTube channels were being operated by anchors of Pakistani TV news channels.

It may be mentioned that New Delhi has been caught red-handed spreading ‘fake news’ and misinformation against Islamabad lately. In 2020, an independent non-profit organisation focused on tackling sophisticated disinformation had exposed the latest iteration of an Indian influence campaign aimed at defaming Pakistan within the EU institutions.

According to an investigation by the EU DisinfoLab, a Brussels-based NGO, a coordinated influence operation, to malign Pakistan’s reputation, was being led by the New-Delhi-based Srivastava Group and amplified by Asia News International (ANI), an Indian news agency.

The operation’s mission was to discredit nations in conflict with India in the region, in particular Pakistan and also China to a certain extent. In the long run, the campaign was aimed at bolstering India’s global perception, which would ultimately allow New Delhi to bag more support from international institutions such as the EU and the UN.

In August last year, a sustained disinformation and propaganda campaign by India and previous Afghan administration to sabotage the Afghan peace process and target Pakistan, was uncovered, showing the extent of the fifth-generation warfare.