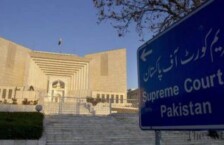 A three-member bench headed by Chief Justice Mian Saqib Nisar concluded the case after Amir Liaquat Hussain placed himself at the mercy of the court, and assured that he would not use hate speech or derogatory language against individuals, including media persons in future.

During course of proceedings, Amir Liaquat Hussain appeared before the bench and requested for simple adjournment as his counsel was engaged in another court. However, the court asked him to plead the case himself, after the break or call his counsel.

After the break when case was resumed, Amir Liaquat Hussain while accepting his fault tendered unconditional apology, which was accepted by the court while giving last warning to the lawmaker.