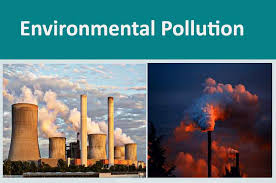 BADIN: The civil judge of Shaheed Fazil Rahu (formerly Golarchi) town, Ali Sher Chandio, on Saturday fined owners of 16 rice husking mills for their failure to install a dust control system at their respective industrial units as was directed by the Supreme Court-mandated judicial commission on water quality and drainage system.

Retired Justice Amir Hani Muslim, who heads the one-man commission, had issued the directive during a representation by residents of the town during his visit to the area. The residents had complained of environmental pollution and health hazards being caused by dust emanating during the husking mills’ operation.

Each miller was ordered to pay a fine of Rs10,000 and make arrangements for the installation of the system. The judge had issued the directive to the owners of over 50 such mills in the town. They were told to either install the system or shift their mills away from residential areas of the town.

While imposing the fine, the civil judge warned the millers that their establishments could be sealed if they failed to comply with the commission’s directive within the next six months.