Rs31b being spent to establish Information Technology Park in Karachi 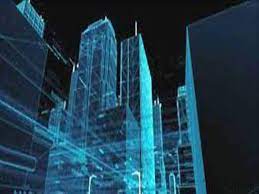 ISLAMABAD – The federal government would spend funds amounting to Rs 31 billion for the establishment of Information Technology Park in Karachi.

“This facility is the part of government strategy to develop IT zones and software parks besides setting up purpose-built software technology parks in major cities of the country,” a senior official of the Ministry of Information Technology told APP. He said these IT zones, software and technology parks would help promote efficient and cost-effective collaboration, digitalization, R&D entrepreneurship and innovation to meet the needs of modern era.

He said that the Karachi IT Part project would provide at least IT 5000 jobs to the youth after its completion. However, he said non-allocation and handing over of the land from the Sindh government caused delay in execution of the project.

He said the federal government was focusing on increasing the growth of the IT sector to enhance exports, adding it was contrary to the past practices when excessive reliance was placed on exports from traditional sectors like textile. “The setting up of IT parks will not only give a fresh impetus to the IT sector, but it will also provide job opportunities for the people,” he added. The IT Park, he said, would house about 210 IT companies having 8,400 employees. The project includes a multi-storey office building. The park would be spread over an area of 106,449 square metres with eight floors above the ground and three basement floors.

It will offer a platform to the industry and local universities to establish synergies.  It will also attract international business collaboration and global IT companies as anchor tenants and investors. He said the park would improve the provision of work space and allied infrastructure facilities for IT and IT-enabled services (ITeS) companies and promote growth of the IT industry. The project would also help improve the formation of IT clusters, increase export revenues and showcase Pakistani innovations and services in the IT sector before the international audience and customers.

The IT park building would have offices, daycare centre, amenities, parking, etc. It will have an ICT system, security features and a data centre. “There will be post-project operational support for the IT park management two years after its completion,” he added.