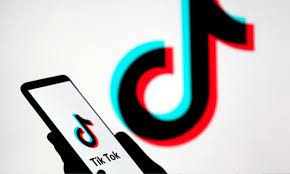 ISLAMABAD: Pakistan Telecommunication Authority (PTA) has agreed to establish a mechanism with TikTok to ensure that all content uploaded on the platform is lawful and safe for society.

The Chinese video-sharing platform was banned in the country, on the directives of courts, for uploading objectionable content which is not acceptable in Pakistani society.

TikTok has sought a long-term meaningful engagement with the regulator in relation to content moderation in line with local laws and societal norms. Ms Lersch highlighted initiatives taken by TikTok for ensuring provision of safe, productive, informative and legitimate content to Pakistani users.

The PTA was informed that TikTok was the world’s leading short-form video platform and it followed the most stringent guidelines. As many as 81.5 million videos were removed globally during the quarter April to June.

This included removal of 9.85 million videos that were uploaded from Pakistan, which is also the second highest in terms of numbers in the world. The TikTok team presented a copy of its Global Community Guidelines Enforcement Report for the quarter April – June 2021.

The automated system placed by the platform to detect, block and remove inauthentic accounts and engagement had helped improve speed and response to the evolving threats, the team pointed out, adding future strategy and investment in Pakistan was also shared with the PTA.

The PTA chairman acknowledged efforts highlighted by TikTok and assured the team that engagement with it will continue.

TikTok was also banned earlier several times for allowing its content creators to upload videos that violated laws and sentiments of Pakistani people.