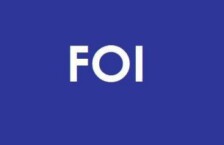 There are two factors that directly change the perception of an individual in a given society: the environment and their relativity to it in terms of dignity, quality of life and sense of responsibility. Unless it is realised, a healthy democracy cannot take shape. There is, however, a constant tussle between the wants of humans and the system that enshrines their existence in conformity with the values dictated by their power players. It, therefore, becomes essential for a human to identify himself/herself as the citizen of a country and to attain true information to shape his/her perspectives on basing their needs in society. Unless a man/woman is equipped with the knowledge he/she attains concerning his/her surroundings, a society cannot identify and tackle the issues that affect its very foundations. Why is it important to gather true information? Because it has a direct relation with the policy making that depends on the credentials of the ground realities.

In the modern world, there needs to be an understanding of the global values and their acceptance. The impacts in global economy have come with a tendency for homogenising financial trends and that severely affects the internal policies of any given state. These are the external threats that need to be countered through wise decision-making. But in Pakistan’s case, the scenario is chaotic: its state actors, who have always played the role of mediator by selling off the nation to opportunists by creating their own proxies, have played on the dangerous turf of religious/sectarian and communal sentimentality.

The state policies of Pakistan for decades have never truly taken into consideration the consent of the people. This may be the case of how public opinion has been designed on false information and how it affects the current policies.

On constitutional grounds, the preamble of Article 19 safeguards the right to information as a fundamental right of the citizen subject to reasonable restrictions. However, through the 18th Amendment, not all provinces have yet been able to legislate this. The Punjab government, so far, has showed reluctance in the promulgation of this law. Lack of interest or deliberate negligence by the provincial assemblies is again a prime example of the failure of the elected machinery to prioritise importance to issues that hold more value to public interest. The right to information is also highly violated as certain key information sources, including websites and news media, remain banned and cornered from the general public view. This not only impairs one’s knowledge in a biased manner to form an opinion, it also keeps the public away from certain ailments that are devouring the nation.

Issues like extra-judicial killings, as witnessed in Balochistan, and the involvement of the state in crimes against its citizens, accountability of the army and its undisclosed funds, militancy, genocides, killings in Karachi and persecution of minorities keep the ground reality averted from common discourse. In the absence of right information, the vacuum is thus filled through specially tailored propaganda, conspiracy theories and hate material that are allowed open access instead. This limits the broadened perception of the people who are being spoon-fed with ill-founded claims and unverified facts. Such a discourse leads to a social retrograde. The formation of public opinion descends further into poor decision-making, which happens to be the core of failed or dysfunctional governances. To further elaborate how extremism is molding general perception, it is important to exemplify how the militant outfits have easy and unhindered access to the publication of their material promoting sectarianism and recruitments for jihad. Out of countless militant, sectarian and madrassa (seminary) publications, there are 22 banned publications that still operate freely and are also alleged to be financed by some politico-religious parties, claiming to have mass circulation. In the media, promoting peace, inclusivity and human rights issues have been banned time and again under the pretext that they are harming the state and the state-endorsed religion.

Historically speaking, there has hardly been any smooth period a democratic government here has seen. It has always been intermittent in its approach towards legislation, which later took hardened roots to appease certain sections of state policy makers; the army, the feudal lords and the clerics who discouraged any sort of accountability, freedom of expression and public consent. Certain injunctions were gradually placed into the Constitution that need to be reformed or revisited; without doing so, the damage that has been done in the name of strategic and vested interests may further result in an extreme breakdown of general society, the strands of which have already started showing today.

Resentment has reached its peak, resulting in non-effectiveness of law and order and damaged life and property, all signalling the beginning of anarchy if people’s suffering is not heard in time.

To overcome the dangerous shape Pakistan is taking, a military takeover is never a viable solution. In fact, it has been dictatorships of the past that regressed the will of the citizens, which should be the sacred trust between the state and its people as individuals with equal rights. The discourse needs to be set right on objectivity and with easy access to authentic information, damaging hate material based on religion or ethnicity should be removed, pluralism and diversity of the people should be appreciated and their grievances need to properly represented in parliament. Democracy is the only process that allows for evolution of society, which has suffered from years of repression and ignorance. The tumultuous result of this government’s term and the growing pressure of the people should be seen as a valid strife of the nation to have them heard and treated with dignity, which should also set an example for future elected governments to never underestimate the power of the people’s voice, enabling them to govern the state with representation, accountability and justice.