Re-discovering the wonders of radio 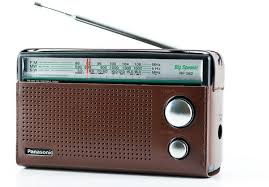 The series was titled ‘Friday evening with Javed Jabbar’ and was broadcast from 8- 9pm. The theme was “Pakistaniyat”. Initially, episodes conveyed how and why – in the context of history – Pakistan is the single most uniquely created nation-state in the world.  Later episodes described some of our nation’s strengths and some weaknesses. Others also dwelled on options on how we could possibly address our flaws and resolve the critical challenges we face in the 21st century.

Frequent focus was applied to the virtues and values of pluralism, the inherent diversity of our people, the menace of religious extremism and the virus of hate speech; the need to assert a rational, balanced interpretation of faith rather than an emotive, intolerant approach. The need to recognize that Buddhists, Hindus, Jains, Zoroastrians, Christians and Sikhs are the original Pakistanis because their ancestors have lived for several centuries upon the land that became Pakistan only 71 years ago. And of how these denizens of faiths other than Islam are so vital a part of our country today, despite the emergence of religious bigotry among some Muslims.  The series also dealt with on-going international and national current affairs. Some episodes were recorded during overseas travel and referred to events and trends in China, Turkey, USA and UK amongst other places.

In addition, through on-line streaming on hotfm.com.pk, the programme was accessible in all other parts of the country and the world at large. Listeners sent feedback from across Pakistan as also some from Pakistani-Americans in USA, UK, Saudi Arabia, UAE, Kuwait, Oman and Hong Kong as well as from listeners in India.

To relieve listeners from having to suffer one’s voice non-stop for one hour, four songs or instrumental melodies, mostly chosen from the golden period of Pakistani and Indian film music from the 1940s, 1950s and 1960s – were played in mid-breaks. As also were random selections such as Western musical themes from films like A Summer Place, Lawrence of Arabia, and songs as such as Louis Armstrong’s ‘What a Wonderful Day’, Doris Day’s ‘Ke sera sera’ and others.

Though choices were personal, Sultan Arshad, author of The Musical People and a living encyclopedia on South Asia’s film music often provided relevant suggestions and details. Yasir Qazi , in his own right a respected literary figure in Sindh’s culture rendered excellent support as Executive Producer while Zulfiqar Shah as Head of the network extended ready co-operation.

The experience was educative and inspiring. While one has contributed to radio broadcasting in previous decades, this was the first series of radio programmes one presented for so long a period. This proved to be a great source of learning.

Despite the dominance of TV in evening hours and the fragmentation of media audiences in recent years due to proliferation of both mass media and mobile media, it was encouraging to discover from the feedback sent by listeners that a radio programme was heard even in evening TV prime time by some listeners in remote rural areas, small towns and in large cities in the country and overseas.

Though the programme was pre-recorded, the responses indicated that (notwithstanding the time difference in different parts of the world) a majority of listeners heard it during it‘s actual broadcast time i.e. 8-9 pm PST on Fridays. Very few registered their listening on the network’s website.

Listeners who sent feedback comprised a notable variety of categories: women home-makers and professional specialists, men engaged in a variety of disciplines, of all ages, especially chauffeurs – many of whom were obviously simply marking time with their car radios while their employers were better engaged – and citizens of diverse faiths. It was frequently and pleasantly surprising to be accosted by chauffeurs as also by friendly strangers from diverse professions, at airports and other venues. These were all regular listeners. Most of the feedback was thoughtful, stimulating, sometimes amusing but always encouraging. Not a single listener objected to the advocacy of an analytical, moderate interpretation of faith instead of the volatile, emotional reactions of extremists. This illustrated the fact that the vast majority of our people, while being deeply religious in beliefs are, nevertheless, open-minded and respectful of other faiths and sects, contrary to the impression created by the fanatic minority.

Some answers to questions posed at the end of each episode were refreshingly correct. Others indicated a disturbing lack of awareness of some basic facts, and of Attention Deficit Disorder (ADD) in failure to note the precise words of the question given. An overwhelming number proved how strongly people are concerned for the well-being and stability of the country.

It was also ironically notable that most of those friends and acquaintances who belong to income groups and educational levels far higher than this writer remained sublimely unaware of this programme. Perhaps just as well for them! Does this imply that, except for English-language FM radio, the medium principally reaches different segments of the middle-income and low-income groups, i.e. the vast, silent yet listening majority?

After 70 weeks , one felt there was a need to take time off to relieve the air waves and listeners from the burden of one’s voice, to observe reflective silence, and to pursue other illusions . One is somewhat amazed at comments from individuals who assume the series was ended due to “covert” pressure, of which there was none.

A 15-month interaction with the distinctive medium made one realize afresh the enduring power of this means of communication – broadcast content and a listener bound together briefly and intensely through the purity of sound alone, undistracted by moving images. One is reinforced in a favourite personal thesis to the effect that one word is worth a thousand pictures!