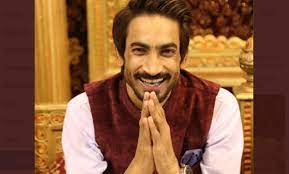 The social media activist was picked up from his residence in Karachi on Friday by unknown persons.

According to his wife “around 14 to 15 government officials barged into their house in the wee hours and pointed guns at the family members”.

“Arsalan was picked up despite being innocent. The government officials took him with them in front of my children,” she added.

According to a statement issued by the Sindh Rangers spokesperson, the social media activist was arrested based on an intelligence report regarding his “links with a terrorist organisation”.

“During the interrogation, it was revealed that the accused had received financial assistance from a terrorist organisation. However, he was released after being warned to cooperate in the investigation in the future,” said the spokesperson.

The statement added that the case was being handed over to the relevant authority for complete investigation based on white-collar crime.

Later in a tweet, Arsalan Khan thanked everyone for their support.

“I’m back home safe and sound. Thank you everyone for all the help & support you people extended to my lone family in this testing time. I’m truly short of words. Love you all,” he tweeted.