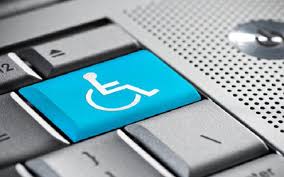 ISLAMABAD – In order to facilitate visually and hearing impaired persons in using web, Pakistan Telecommunication Authority has started consultations.
In this regard, PTA held a meeting on web accessibility for people with disabilities at its headquarters yesterday. The meeting was attended by web developers and representatives of visually impaired persons.

During this discussion PTA Chairman Dr Ismail Shah invited the participants to generate ideas and opinion on the difficulties the disabled have to face while using Internet and the way to increase web accessibility.

The participants agreed to form a working group for further discussions and preparing workable suggestions on removing technology access barriers for the people with various impairments.

The term ‘web accessibility’ refers to a set of guidelines and tools to remove the obstacles that prevent persons with disabilities from accessing it.
Unlike developed countries, almost all the public and private sector websites lack special features which help impaired people to browse the sites like people without visual or hearing impairment.

For screen reading and scanning software is available for most of international languages, but no Urdu screen reading software has been developed in Pakistan while those available for international languages are very costly. One piece of JAWS screen reader costs $800 which equals around Rs 80,000. For lack of awareness and demand, developers have yet to adopt accessibility standards in their products.
According to a 2012 report of an NGO, Helping Hand for Relief and Development (HHRD), there are 412,157 blind people while 379,157 are deaf and dumb.

There are 24 institutes in Pakistan for the people with hearing disabilities.
According to officials, “Web accessibility for people with disabilities is an initiative of PTA Chairman Dr Ismail Shah who wants to make visually and hearing impaired persons more independent and resourceful so that they could not only benefit from the Internet like others but also contribute productively in the socio-economic development of the country.

PTA has already initiated projects to educate youth with the latest and emerging technologies.