Speaking to reporters at the local press club, Ms Pervez said voice of the radio station would be heard in the far and flung areas of Sindh because the transmitter had been instaled at Matiari.

The entire record of the PBC would also be computerised in a few years, she added.

She said that more attention was paid to transmission of FM because of a shortage of resources.

The transmission had been launched at Peshawar and Dera Ghazi Khan this month and USAID had given financial support to the PBC in this regard.

Programmes would be broadcast in the Urdu, Sindhi and Saraiki languages, she said, adding that the PBC was in talks with the Pakistan Telecommunication Authority to instal a software for mobile phone sets so that more and more people could receive the radio transmission.

Answering a question about financial crisis in the PBC, she said the organisation had sufficient amount for operational expenses, but there was not money for extra expenses.

In reply to a question that no prominent artist or sonorous voice could be introduced by radio recently, she said the PBC was an institution which polished many people.

It (PBC) produced several artists and anchorpersons but they did not introduce themselves with reference to the radio, she added.

She said Radio broadcast some programmes regarding current affairs while representatives of political parties were also invited to express their views.

MPA Mehtab Akbar Rashdi, educationist Hameed Sindhi, actor Mustafa Qureshi and his wife Robina Qureshi, former staff of the Radio Pakistan Hyderabad and others were present at the press club. 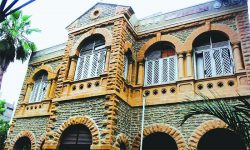 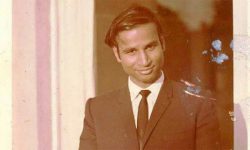