ISLAMABAD: Despite an announcement by the government that the plan to lease out the headquarters of Radio Pakistan has been shelved, angry employees on Thursday forced the director general out of his office to lodge their protest, forcing the information minister to issue a statement saying that action would be taken against those involved in the incident.

After the strong reaction from the employees of the Pakistan Broadcasting Corporation (PBC) and other segments of society, the government reversed its decision to lease out the headquarters on Wednesday, but employees were not satisfied.

The acting director general of Radio Pakistan, Shafqat Jalil, who is also Principal Information Officer (PIO), was not allowed to sit in his office on Thursday morning.

Mr Jalil arrived in the office at around 11.30am from the PIO office at the Press Information Department. Soon after his arrival, scores of PBC employees entered the DG office and requested him to leave the place after accusing him of conspiring against the interests of Radio Pakistan and its employees.

After a few minutes, Mr Jalil left the DG office amid cheers and taunts from protesting employees who had even filled the hallway outside the DG office.

Govt plan to lease out headquarters was dropped, but employees remain dissatisfied

On the other hand, Minister for Information Fawad Chaudhry said that action would be taken against those who had mistreated the DG and forcibly restricted him from performing his duty.

“Not all employees were involved in the row; only four people are involved and we will take action against them,” Mr Chaudhry told a press conference on Thursday.

Though he did not name anybody, the minister was referring to leaders of the Radio Pakistan CBA Union.

Talking to Dawn, leaders of the Radio Pakistan CBA Union expressed defiance and acknowledged that they had acted on behalf of all employees because they thought that Mr Jalil was conspiring against the interests of Radio Pakistan and its employees.

“He [Mr Jalil] has no interest in this entity and he is only serving the interests of those who want to grab this building and its land without any concern for employees or the importance of radio in any country,” said Ijaz Ahmed, the secretary general of the Radio Pakistan CBA Union.

Referring to the information minister’s announcement of taking action against leaders of the union, the CBA leader said: “Easier said than done.”

He said that the information ministry wanted to take action against Radio Pakistan employees when “we were protesting outside parliament, but police and the Islamabad administration refused to create any fuss inside the Red Zone”.

Mr Ahmed said that according to the present government, the annual budget of Radio Pakistan was around Rs3.5 billion while its earnings were merely around Rs350 million to Rs400m.

He said the government had pledged in 1972 to bear all expenditures of Radio Pakistan while making the entity a corporation.

As if the issue of Radio Pakistan was not enough, the minister for information and broadcasting claimed that the PTV was also a loss-making entity.

The PTV also falls under his ministry and its headquarters is located close to that of the PBC in the Red Zone. 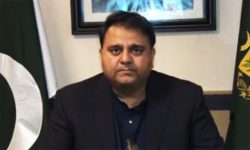