KARACHI: Parveen Shakir’s poetry is exceptional because it has wisdom (daanish) in it which is unique to the poetess herself. At the same time being a student of linguistics and a reader of world literature she’s able to develop her own poetic diction.

This was said by Prof Sahar Ansari in his speech on the poet Parveen Shakir (1952-1994) at an event organised by the culture and tourism department of the government of Sindh to pay tribute to the late poet at a local hotel on Saturday evening.

Prof Ansari, who presided over the programme, said Karachi had always been blessed with women who carried progressive ideas. Parveen was taught by such women. He said the early 1970s was a very good period as individuals like Shahida Hassan, Parveen Shakir and Ayub Khawar were students at the University of Karachi, therefore it was inevitable that Parveen turned out the way she did. He said although she had earned a name for herself in the beginning of her career and singers had sung a few of her ghazals, it was the kind of wisdom that she introduced into her poetry which was unique to herself. As an example he read out the following two lines:

(Examining the firefly in the daytime —

Clever have become the children of our times)

Prof Ansari reasoned that the aforementioned verse signified the way the modern generation made use of technology.

She had incorporated such a ‘crude’ subject seamlessly into a ghazal, he said. He said Parveen was well versed in English and had read western literature, which was why she’s able to create a distinct diction for herself. In that regard, he gave the example of a nazm inspired by Shakespeare’s Antony and Cleopatra — Act I Sc V in which the poet had used an uncommon word like ‘narmahaton’ along with Persian words like ‘rakhsh’.

Poet Kishwar Nahid said people often quoted those verses from ghazals written by Parveen Shakir which were liked by men. This led her to investigate her nazms to which the critics hadn’t paid attention. She said one could sense the element of self-esteem and dignity (khuddari) taking root in her nazms at the start of her career. Even when she emoted in her poems, there was decency to it, she said. She said Parveen did not merely write on issues pertaining to romance, but also wrote poems about the difficult times when Gen Ziaul Haq was ruling the country.

Ms Nahid said Parveen never lost courage in her weaker moments and never allowed her self-esteem to get tarnished.

She said she had begun to use the metaphor of death much before her demise, and quoted a couple of poems to back up her argument, one of whose lines was, maut merey waqar ki hifazat karey (death should protect my dignity). And that’s exactly what happened, she said.

Poet Shahida Hassan said she seldom mentioned that Parveen was her cousin. She said both of them had shared many things — childhood, family elders, etc. She said there were two aspects to the late poet’s poetry: one was about the delicate, beautiful girl who saw dreams, and the other was to do with the bitter realities of life that dawned on her.

She said Parveen was a knowledge-seeker which made her into a visionary poet. The evolution in her creative self, she said, could be gauged from her books (Khudkalami, Inkaar) that delineated different phases in her life.

Ms Hassan also pointed out the metaphysical element in Parveen’s personality. She said she loved her country and the contradictions of values that existed in Pakistani society perturbed her. She quoted the following two lines in that context:

(Life has reached its end

But its story has inconsistencies, contradictions)

Provincial Minister for Culture and Tourism Sharmila Faruqui thanked the participants in the event. A musical was the last item on the programme list. 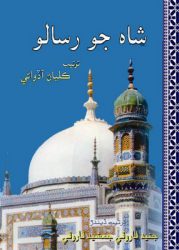