KARACHI: Among the many tributes and eulogies that flooded social media after the APS attack in 2014 was actor Ahsan Khan’s Facebook post. Ab nahi koi baat khatray ki, ab sabhi ko sabhi sae khatra hai (There’s nothing left to be scared of, for everyone is scared of everyone), said the post. It was nothing out of the vault. In fact, it is a couplet that would be on the fingertips of anybody who has read Jaun Elia; but the response to it was a mix of shock, drama and awe. Perhaps Jaun’s expression summarised the state of the times in short verses and unimaginable simplicity or perhaps it was just that the social media audience didn’t realise that Urdu poetry could also be palatable.

Whatever the exact reason be Jaun seems to be among the few poets of the Urdu language who have had a rebirth on social media. The polymath who was born into the house of literary giants is no longer limited to literary circles and the relevance has made aficionados reconsider his position in Urdu literature. The second Floor (t2f) has organised multiple events in the past ten years recalling Elia’s legacy; the Karachi Literature Festival had a whole panel dedicated to him last year and today Café Commune in North Nazimabad is organising an event to remember the poet on his eighteenth death anniversary.

In a similar spirit, noted scholar Ahmed Javed gave a lecture on Jaun last year which was uploaded on YouTube in January. The lecture was recorded on popular demand since several people wanted to know how Javed deconstructs the increasingly popular poet. While the lecture is full of gems that would compel any student of literature to go grab a notebook and pen, his appreciation of Jaun contradicted some popular notions on the poet’s legacy. He is an admirer of Jaun’s craft and command over language but firmly believes that there is not a single “bara shair” or great couplet in the poet’s catalogue. Javed also said that while a lot of Jaun’s work revolves around nonconformity – the expression of his ideas have an inclination towards negation – he lacks the depth and capacity that is required to negate.

“In his poetry Jaun uses a certain kind of mechanism, nihilism, absurdism and anarchism to hide the flimsiness of his nonconformity.” The lecture didn’t go viral like Jaun’s poetry but Javed has managed to ask a question that none of the memorial events have ever even circumvented. Is Jaun Elia really a great poet? The lecture can be accessed on YouTube under the title ‘Jaun Elia: First sitting Ahmad Javed’.

Is Jaun as great or complete of a poet as he is lauded in certain literary circles of Pakistan and particularly Karachi, or does the lack of depth, as Javed points out, makes him just another popular poet? The Express Tribune spoke to scholars and members of the fraternity to add to the discourse.

“I think the ‘either/or’ argument in poetry is pointless to begin with,” says Jaun’s contemporary poet and well known playwright Amjad Islam Amjad. “It is the social media audience that has attempted to draw such clear lines between what constitutes a great poet and a popular poet. I think a poet can be great and popular at the same time.”

An argument Amjad believes can be constructed around a poet being as great as he is popular. “I’ll agree with Javed sb on the craftiness of Jaun. He definitely has a unique voice and colour to his poetry that makes him one of the most prominent poets of the post-partition Urdu world. But the rest of his argument is quite debatable.”

There are at least three different social media pages under Jaun Elia’s name and all of them have more than a hundred thousand likes. If he is not a great or a ‘bara shayar’ an expression that most of the interviewees quite carefully avoided in their analyses – Jaun has definitely had a resurgence on the internet or a second of wave of ‘maqbooliat’ or popularity. “I wouldn’t call it a revival of Jaun. The kinds of people who are sharing or admiring his poetry on social media are not the students of literature. With all due respect, they are more of a circus audience and that does not count. Jaun was lauded in literary circles and nothing has reduced that appreciation.”

Columnist and poet Shahnawaz Farooqi agrees with Javed. He says like many of his contemporaries, Jaun’s poetry is an expression of personal experiences that does not turn into a mirror of collective aspirations.  Like many of his contemporaries, Jaun’s poetry is also a proclamation of the death of the experience of love in poetry. “He is a rebel but his rebellion lacks not only ‘depth and commitment’ but also an intellectual foundation,” Farooqi says. “It is strange given his impression as a scholar and reader of philosophy.” The notion is similar to how Javed points out that Jaun covers his lack of depth by the beauty of his expression, which turns him into an exceptional poet but not one with great ideas. Farooqi echoes with Javed when he suggests that Jaun’s rebellion appears more to be a result of ‘intellectual fashion’ rather than a real crisis. “Jaun’s poetry also fails to provide a perspective on life that the poetry of Mir, Ghalib, Iqbal and even Faiz offers.”

It could even be his theatrics and the fondness with which he would call everyone Jaani that made Jaun such a likeable character despite his reclusive personality. But does that take a toll on the reader’s experience of his poetry? Javed believes so and in his lecture he emphasised that Jaun is one of those poets whose body of work cannot be understood in isolation. “Knowing his personality is a decisive factor in understanding his poetry. The Maada-e-Maanwiyat and Jauhar-e-Kaifiyaat of Jaun’s poetry is Jaun himself.”

However, both his body of work and Jaun himself were products of a certain era and certain circumstance. Whether it was the antics or the ideas that made him such a sensation, Dr Arfa Sayeda Zehra thinks that even Jaun’s greatness or popularity has a lot to do with the milieu of those times. “Like every poet, Jaun was also a prisoner of his times and if he could not become a great poet, it is because he didn’t live in great times,” says Zehra. Poetry is created in the particular cultural environment of an era and depends a lot, among other things, on how much freedom that environment offers. “There is a sense of helplessness in his poetry and life, but this sense doesn’t turn into agitation. Jaun didn’t do anything that he should have done and lived an ascetic life.”

Every poetry aficionado has read Jaun at some point in his or her life. Youngsters in particular seem to feel his pulse on their nerves, they consider his as the voice of times and tribulations. Whether it is shallow to the literati or mere trick of wordplay but how Jaun is influencing a whole new generation of writers is fascinating. Baqar Mehdi is an up and coming poet who is also the co-editor of Zau, a magazine that started out as an effort by students of Karachi University but has evolved into an independent quarterly featuring works of contemporary Pakistani poets. While some of his contemporaries regard Jaun among the greatest of thinkers and philosophers, Mehdi begs to differ.

“I agree with Javed sb that there’s a lot of perceptiveness in Jaun’s work but possibly not the depth or the nuance of a great poet.” Mehdi is quick to add that he is just a student of poetry and hasn’t revised Jaun in a while. In the very early days of his literary experience, Mehdi was very much a devotee of Jaun as some of his contemporaries still are, but as soon he started to develop a critical eye, he realised that Jaun’s placement among the greats could be debatable. “If you listen to Javed sb’s definition of a ‘great couplet’ than you will realise why he doesn’t place Jaun among greats such as Mir and Ghalib and why Jaun lacks that grandeur and breath as a poet.” However, both Mehdi and Dr Zehra agree that Jaun has had a huge impact on upcoming Urdu poets and Urdu poetry at large. He has given new shades to words and is among the poets who were fully aware of their age.

Jaun’s story and the recent debate around his work reiterate the bittersweet relationship poets have shared with the society. They have been lauded as bringers of light and knowledge and denounced for distracting the public from the more crucial duties of everyday life. Plato imagined an ideal republic without poets for their work could insinuate the audience; Freud on the other hand shamelessly admitted that wherever he goes, a poet has already been there. Yet, poets continue to be a seminal part of our cultural imagination and social reality and somewhere between the nexus of the two, they manage to create new expressions, derive unique allegories that record the challenges faced by human condition. All of this hold true for Jaun as well, regardless of whether we can agree that he is a ‘great’ poet or a popular poet. As Jaun’s confidant and disciple Khalid Ahmad Ansari told Express Tribune in an earlier interview, “With all the evident bitterness, he attacks you, shakes you up.” Perhaps that’s what’s needed to wake us up from our own contradictions. 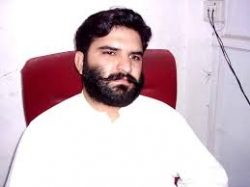 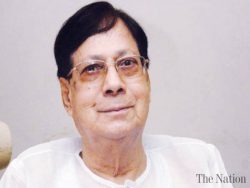