Pakistani journalist files lawsuit against US Embassy over visa revocation 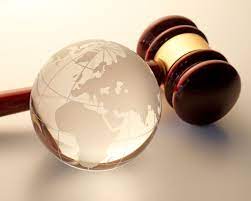 PESHAWAR — A court in Peshawar has directed a local journalist to submit a reply in a case in which the United States Embassy claimed diplomatic immunity.

According to The News, the court of Additional District and Sessions Judge Nasrullah Khan was hearing the case filed by senior journalist Mehmood Jan Babar. The journalist is seeking $20 million in damages from the embassy for “subjecting him to humiliation, physical and mental torture and financial loss.

The Consular Section of the US Embassy in Islamabad and Immigration Desk Office, Islamabad were made parties in the damages suit. However, the US Embassy took the plea that the legal documents were not sent to them through the proper channels. Furthermore, it said the plaintiff did not provide 60 days’ notice and didn’t include sufficient information about the case, adding the manner and timing of service were defective.

The counsel informed the court that the US Embassy issued in August 2016 a five-year valid professional Visa “I” Type to his client, Mehmood Jan Babar, a journalist with 25 years’ experience in print and electronic media.

The journalist was interested in visiting the US to cover the US presidential elections scheduled on November 03, 2020.

“My client contacted the Turkish Airlines for a ticket which after online verification/confirmation of his visa status issued to him a ticket at the cost of 877.55 US dollars for the connected flight TK711 Turkish Airlines A330-300 scheduled to depart on October 25, 2020 at 05:10 am from Islamabad Airport to Istanbul in Turkey for onward flight to New York,” the counsel stated.

The journalist reached the Immigration Desk at the Islamabad Airport, an on-duty officer checked online and verified his traveling documents, including passport, ticket and visa status. After finding all documents correct, genuine and valid, allowed him to board flight TK711 Turkish Airlines A330-300.

The counsel said that after a six-hour journey, his client reached Istanbul, where he was made to wait for around seven hours to board the next connecting flight. However, the airlines and Turkish immigration in an alleged offensive and assaulting manner stopped him from boarding the flight for New York.

The journalist repeatedly asked the reasons but the airline and immigration section did not cite any reason and forced him to return to Islamabad in an “undignified and insulting manner.”

He said the US Embassy responding to his email, stated that his “visa was revoked under Section 221(i) of the Immigration and Nationality Act.” However, no reasons whatsoever were mentioned in the reply.

Instead, the counsel added, the US Embassy asked his client to surrender his passport so that his visa could be canceled.

The court of Additional District and Sessions Judge Nasrullah Khan directed the counsel for the petitioner, Hashim Khan, to appear before the court on June 28 and argue about the issue of diplomatic immunity claimed by the US embassy.