Most Pakistanis do not know what the internet is: report | Pakistan Press Foundation (PPF)

ISLAMABAD: Around 69pc Pakistani users between the ages of 15 and 65 do not know what the internet is, revealed an information communication technology (ICT)-based survey launched last week.

The survey was conducted by LirneAsia, a think-tank based in Sri Lanka that carries out research on information communication technology.

The report is based on a survey of 2,000 households in Pakistan. LirneAsia claims that the sampling methodology was designed to ensure representation of 98pc target population aged 15 to 65 at a national level. Conducted between October-December 2017, this demand side survey helps understand how users use or do not use ICT services.

“The 152 million active cellular subscribers mentioned on Pakistan Telecommunication Authority (PTA) website, despite a good SIM registration system, tell nothing about the subscribers – whether they are men and women, rich or poor and does not really help understand access and usage gaps,” LinreAsia CEO Helani Galpaya said in the report.

The study points out that lack of internet awareness is a considerable problem across Asian countries, including Pakistan, where just 30pc of the population in the age group of 15-65 is aware of the internet (they were asked if they use the ‘internet’ without explaining what it is). Some 17pc claimed that they used it. Among non-users, the key reason for not using the internet was lack of awareness about it.

Among internet users, the urban-rural gap in Pakistan was relatively small – 13pc – in fact the lowest seen in the Asian survey countries.

Pakistani women were 43pc less likely to use the internet than men, though this was smaller than the Indian internet gender gap which was 57pc, and 62pc in Bangladesh.

Those who used the internet said the main limiting factor on their use was a lack of time or relevance to use it (49pc), 18pc complained of high data costs and 22pc indicated that there was no limitation on their internet use, the survey found.

The report particularly sheds light on the ‘pretty’ low (22pc) users of smart mobile phones together with the 25pc who have feature phones with internet capability.

“The rest of the 53pc have no internet capability on their phones. It is time to get smart phones into the hands of the people and basic phones out,” Helani Galpaya emphasised.

She said at the launch that while many did not see the relevance of smart phones, another 25pc could not afford it.

Cellular mobile operators have, in the past, shared similar concerns of excessive import duties on smart handsets that deprive many subscribers access to better and newer technologies.

The report also describes Pakistan better than its peer countries in Asia where 57pc Pakistanis in target age group of 15-65 have a mobile phone of some kind.

The Pakistan Telecommunication Authority (PTA) did not react to the findings of the report that contradict its claims of maximum tele-densitiy in the country. PTA maintained that the survey by the private organisation presented a dismal picture of the tele-density in Pakistan. 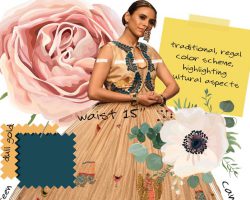