A single bench of IHC comprising Justice Mohsin Akhtar Kayani will hear the petition challenging special judge central’s judgment of rejecting pre-arrest bail of Dr Shahid. The accused has filed the petition through his counsel Shah Khawar Advocate, pleading that the Federal Investigation Agency (FIA) was victimising him for being critical to the government.

Previously, the court had granted him interim bail till November 12 in the matter. Earlier, special judge Kamran Basharat Mufti had turned down his pre-arrest bail on October 25. After the verdict, the FIA is making efforts for Masood’s arrest but his counsel has filed the petition before the IHC seeking his pre-arrest bail in the case related to the alleged embezzlement in Pakistan Television (PTV) during his stint as the state-run broadcaster’s managing director and chairman.

The petitioner is allegedly involved in embezzlement of Rs37 million while acquiring the Pakistan Cricket Board’s (PCB) media rights in 2008 for which an agreement was signed with a fake company. The investigators in the case claimed that the amount had been released and it caused a loss of millions of dollars to PTV as the state-run television had failed to acquire the PCB’s media rights from 2008 to 2013.

According to the prosecution, Dr Shahid had allegedly signed an agreement with a fake company to negotiate with the PCB for grant of rights to PTV for coverage of matches played in Pakistan. It said that because of the agreement, PTV had to face heavy financial losses.

In the petition seeking pre-bail arrest, the petitioner adopted that he was not nominated in the FIR registered in this case. He added that if he was arrested, he will suffer an irreparable loss to his repute and health. He requested the court to grant him bail till adjudication of the complaint filed against him by the FIA before the special judge central. 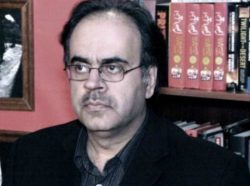