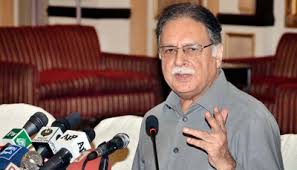 ISLAMABAD: Federal Minister for Information and Broadcasting Senator Pervaiz Rashid on Tuesday accepted on the floor of the National Assembly that some television channels were involved in airing indecent advertisements.

He said the practice needed to be curbed with the strict enforcement of laws.

Mr Rashid also suggested harsh financial penalties for violators. He was speaking in response to a calling attention notice.

Despite the plethora of issues facing the country that require attention – such as a lack of adequate healthcare and educational facilities or the fragile law and order situation – an MNA from Jamiat Ulema-i-Islam-Fazl (JUI-F) took up the matter of “indecent advertisements on TV channels”.

On Tuesday, Mohammad Jamaluddin moved a calling attention notice to invite the attention of the information minister to a matter of ‘urgent public importance’: indecent advertisements on TV channels despite the Indecent Advertisement Prohibition Act 1963, “causing grave concern amongst the public”.

The JUI-F lawmaker lamented that the laws meant to look after the ideological boundaries of a country made in the name of Islam were not implemented on the ground.